August 17, 2022 Articles Comments Off on Lest we forget: Khurram Parvez 74 Views

(Overall the article consists of two parts. This is part one.) 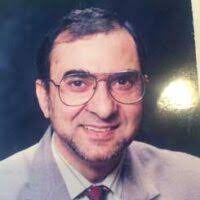 Islamabad, August 17 (KMS): We are too familiar with hacking of Kashmiri websites, now we are experiencing the same with one of the most familiar and the most visited websites of ‘Jammu Kashmir Coalition of Civil Society’, (JKCCS) of which Khurram Parvez is the coordinator. This JKCSS website was hacked many times in the past. It happened again today, August 15, 2022, at 12.15 p.m. (New York time). JKCCS homepage contains the unintelligible and incomprehensible message. At times, it is impossible even to download the excellent reports prepared by Khurram Parvez and his team. Therefore, I consider it a privilege to write a brief account about the reports, prepared by JKCCS before they evaporate from its website. I want in particular to discuss a 799-pages report entitled, “The Structures of Violence (TSOV)” jointly prepared by ‘The International Peoples’ Tribunal on Human Rights and Justice in Indian-Administered Kashmir’ (IPTK) and ‘The Association of Parents of Disappeared Persons’ (APDP).

TSOV report encapsulates in chilling detail the tragedy of Kashmir. It documents the gross violations of human rights that India and its occupation forces now believed to number 900,000, have committed in Kashmir since 1990. I would like to emphasize that every single fact contained in these painstaking accounts, every single incident documented, every violation recorded is fully authenticated. You merely will have to read the entries to experience the clear ring of truth, which in Kashmir is often brutal and chilling. These reports are the best testimonies, testimonies which remain unassailable and beyond challenge, of the atrocities perpetrated against innocent Kashmiri civilians in the name of state security. These are the documents that damn those who profess to practice democracy and who never tire of lecturing the rest of the world on higher moral values. The reality of the Indian state is mirrored in these pages, unadorned, unvarnished, and unexpurgated. Please read this report for what it says because it tells the story of Kashmir with brutal frankness, unsparing realism and absolute clarity.

Khurram Parvez, Chairperson of Philippines-based ‘Asian Federation Against Involuntary Disappearances” himself has delivered the hard copies of the TSOV report to the office of ‘UN High Commissioner on Human Rights’ Office of the ‘UN Secretary General’, many international NGO’s and various dignitaries.

Although Khurram Parvez was recognized as one of the 100 most influential people of the world by US-based Time Magazine in 2022 but he can no longer present this report to anybody anymore because he was arrested by the National Investigative Agency (NIA) of India on November 21, 2021, under terror law, Unlawful Activities Prevention Act (UAPA). Under UAPA a person can be incarcerated up to 180 days without a charge sheet being filed. It does not allow right to dissent. The Amnesty International (AI) has said that UAPA has been used to “target journalists and human rights defenders who criticize government policies.” AI also wrote on November 23, 2021, “The arrest of Kashmiri activist Khurram Parvez is yet another example of how anti-terror laws are being misused to criminalize human rights work & stifle dissent in India. Instead of targeting HRDs, authorities should focus on bringing accountability for human rights violations.”

Khurram Parvez spoke at an International Kashmir Conference in 2015, organized by ‘World Kashmir Awareness Forum’. Among others who spoke during the conference included Ramsay Clark, former United States Attorney General. Khurram Parvez focused on the context in which human rights abuses in the state of Jammu and Kashmir were perceived. ‘You cannot understand human rights if you don’t understand the context. Human rights abuses are taking place all around the world, in many places, including in India,’ Khurram stated. ‘But the difference is these are happening because of aberrations, deficiencies in governance, and because people transgress the law. What is happening in Kashmir is not an aberration, it is part of an institutionalized policy of the Indian government.’

Highlighting the publication of various reports, Khurram said ‘Our argument is that if we don’t do it we will never be able to prove that human rights abuses are taking place. We have been able to engage with the Jammu and Kashmir judiciary.’ With information coming from both police and government sources, he emphasized that in the cases under review, including Kunanposhpora in 1991 and the massacre of Sikhs on the eve of President Clinton’s visit to India in March 2000, there were 972 alleged perpetrators. ‘In all these cases we have gone to the courts and tried our best to find justice within the Indian system.’

Furthermore, Mr. Parvez emphasized that the cases they had reviewed were not the only cases. ‘There are thousands of others. Filing a First Information Report (FIR) is a big task in itself, it can take 1-2 years to get the police to register a complaint, so you can imagine how difficult it is for people to fight for justice. Then there is a phase of investigation and sometimes the charge sheets have not been honored. This is especially true in circumstances where the army feels itself above the law’. Repression and cover-up has become institutionalized, Khurram said. In terms of delivering justice, he emphasized that the Armed Forces Special Powers Act (AFSPA) ‘has become one of the factors of impunity. It has to go.’

Mr. Parvez also explained that one of the main reasons relating to disappearances was the monetary incentive for killing a ‘militant’ in Kashmir. ‘If you want to make money you have to kill a militant.’ According to government figures, since there are only 150 militants left in Jammu and Kashmir, invariably those killed were claimed to be unidentified foreign militants. But he said, ‘how do you know the nationality of people if they are unidentified?’

Turning to discuss the role of the international community, Mr. Parvez related how previously it had used human rights abuses to push India towards dialogue. But, he said, the Indian government views dialogue as an ‘end in itself’ and the rights of the people cannot wait for the resolution of the dispute. ‘We are being held hostage for even our basic needs. Even when dialogue is taking place, human rights are being abused. We accept that the Indian government needs some time for resolution but that does not mean the rights of the people should be suspended. We believe there has to be a process, now in Kashmir, for improving human rights abuses on the pattern of special procedures. If it was done for Sri Lanka and Rwanda, why not for Kashmir?’

‘Human rights are a world problem,’ Mr. Parvez added. ‘They are not an internal matter. We have seen the transformation of the movement from violence to nonviolence in Kashmir.’ But, he warned, there was a trend among young people again resorting to violence. ‘It is very sad for us, that young people should want to use violence. But the argument they use is that our voice does not reach anywhere.’ While India continues to ‘legitimize’ its presence, Mr. Parvez pleaded for the international community, whose assistance to date had been ‘dismal’ and all the organizations working for Kashmir to bring pressure to lobby for a United Nations ‘probe’ on the situation in Kashmir. Without such intervention, he said, ‘we cannot proceed forward. We are now at a stage where it is a complete dead end. We have done everything; we have met everyone in the government, but nothing has changed.

Now, back to ‘The Structures of Violence’ (TSOV) report. It is a detailed report on torture by Indian military and paramilitary forces in Jammu & Kashmir. The report begins by saying that “Prepared over two years, this report is a part of the continuing work to understand and analyze the role of the Indian State in Jammu and Kashmir, an occupied territory internationally recognized as a disputed territory between India and Pakistan, that has resulted in widespread and systematic violence including the disappearance of 8000+ persons, 70,000+ deaths, 6000+ unknown, unmarked and mass graves, and countless cases of torture and sexual violence.” It continues, “Human rights groups, activists, journalists, filmmakers, lawyers and civil society groups have written, filmed, documented, litigated, brought attention to, and reproduced material that has repeatedly highlighted the violence and politics of the Indian State and the everyday militarized reality of Jammu and Kashmir.”

May I quote just few more excerpts from TSOV report as symbolic of the nightmare of the people of Kashmir? May I also add that hundreds of such and even more horrifying incidents of inhumanity are recorded in these pages?

TSOV report, while illustrating the patterns of violence through individual case studies, is directly concerned with identifying the structure, forms, and tactics of violence of the Indian State in Jammu and Kashmir. How did/does the Indian State perpetrate this violence? What precisely is the structure, physical and institutional, through which weapons, ammunition, soldiers, officers, camps, and battalions inflict violence on the people of Jammu and Kashmir? Where is the control? The driving motivation of this exercise is, as has always been — Responsibility. Who do we hold responsible for the individual and collected acts of violence? (To be concluded).

Article: Churn in OBC politics of Hindi belt as Nitish Kumar emerges as the undisputed leader

Article: How caste certificates in India make or break dreams