January 15, 2022 IIOJK in focus Comments Off on Untoo’s arrest an outrageous attempt to stifle voices of dissent in IIOJK: KIIR chairman 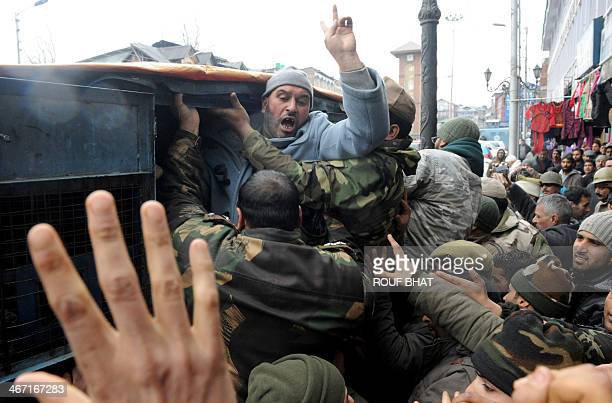 The KIIR chief in a statement issued in Islamabad, today, said that Ahsan Untoo’s detention was part of Modi led apartheid regime’s policy aimed at silencing rights defenders who have time and again played vital role in raising alarm over the rights situation in IIOJK and criticized the fascist regime’s brutal policies towards Kashmir.

Altaf Wani said Ahsan Untoo is one of the bold and brave voices of IIOJK who was being victimized just for standing up for the rights of common Kashmiris. Referring to India’s brutal policies, he said, the BJP government was hell bent on choking every dissenting voice in Kashmir.

“Untoo has since long been on the hit list of Indian secret agencies. Earlier, he received death threats from unknown and unidentified numbers, especially after attending an online webinar organized as a sideline event of 48th Session of UN Human Rights Council. He was ruthlessly thrashed and beaten to pulp by the CRPF and police personnel on 19 October 2021 while he was on a private visit to Watergam village of Rafiabad area of Baramulla district,” he said.

Terming Ahsan Untoo’s arrest as a flagrant violation of the basic human rights, Altaf Wani urged the world human rights organization to take effective notice of the matter and play their due role in release of all human rights activists who have been arrested in fake and fabricated cases in IIOJK.

Previous Indian army is world’s most brutal force
Next Demos in Rajouri, Jammu against demolition of houses of Muslims