January 8, 2023 IIOJK in focus Comments Off on G20 event in IIOJK will erode democratic face of member countries: APHC 321 Views

Srinagar, January 08 (KMS): The All Parties Hurriyat Conference while expressing concern over the media reports about likelihood of G20 conference in Srinagar, the summer capital of the disputed Indian occupied Jammu and Kashmir, has said that the event, if held, would erode the democratic face of the member countries.

The APHC in a statement issued in Srinagar said that Jammu and Kashmir is a UN-recongized disputed territory whose political future is yet be decided through plebiscite. “Holding international event like G20 conference in IIOJK will blatantly exposed the so-called democratic face of the Group of Twenty, which is an intergovernmental forum comprising 19 countries and the European Union,” the APHC added.

Earlier, a senior official in Srinagar said, “J&K administration is making advance arrangements as Srinagar city is likely to host one of the G20 events in May this year”.

“As part of India holding the presidency of the G20, several events are going to be held in mid-May but dates have not been fixed yet,” divisional commissioner Kashmir Pandurang Kundbarao Pole said.

Pole said the administration was sprucing up the city for the major event as it will go a long way in boosting tourism in Kashmir, while at the same time clearing the misgivings about the situation in the valley.

“All major roads and areas are being repaired. We are currently going through winter months, there are some difficulties but we will be ready by the time the event is held,” he said.

The APHC strongly opposing the move said that the Group, particularly, the European Union, would have, then, no right to champion democratic and human values in the world because the event will prove that the G20 countries are least bothered about human rights violations in Indian illegally occupied Jammu and Kashmir. 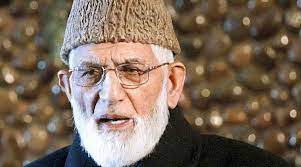