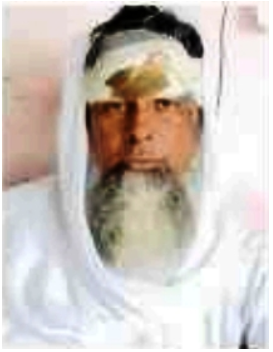 New Delhi, September 20 (KMS): A leader of the Jamiat Ulama-i-Hind (JUH) and head of a madrassa was attacked by a group of unidentified persons late Monday night in Maharashtra’s Prabhani district.

Maulana Mohammed Sadiq Nadwi, who is the president of JUH’s Prabhani unit and head of Darul Uloom Furqaniya, Selu, faced the attack when he was on way home at 11 pm on 14 September after finishing the work of his madrassa.

“He was returning home along with one, Hafiz Junaid. Suddenly, three people riding on a bike shouted at them and banged Nadwi’s motorcycle. He fell on the ground. The attack was so sudden and severe that it left the maulana severely injured with blood oozing from his body. And the attackers ran away,” said Jamiat in a statement informing about the incident.

Nadwi was taken to a hospital instantly by Junaid where he was treated. After the treatment, he is stable.

An FIR was lodged and the police are investigating the case.

Zafarul Islam Khan, former Chairman of Delhi Minority Commission, first tweeted about the incident and described it as “hate crime”.

President of Parbhani branch of Jamiat Ulama Maulana Muhammad Sadiq Nadwi suffered a hate crime at Selu in Parbhani in the night of 14 Sept. His motorcycle was attacked by shouting assailants riding a motorbike. He fell on the road, sustained head injuries while assailants fled. pic.twitter.com/eEg6awRdGZ

India is the lone absentee at China’s Indian Ocean forum of 19 countries: The Hindu

The Guardian view on Modi’s India: the danger of exporting Hindu chauvinism