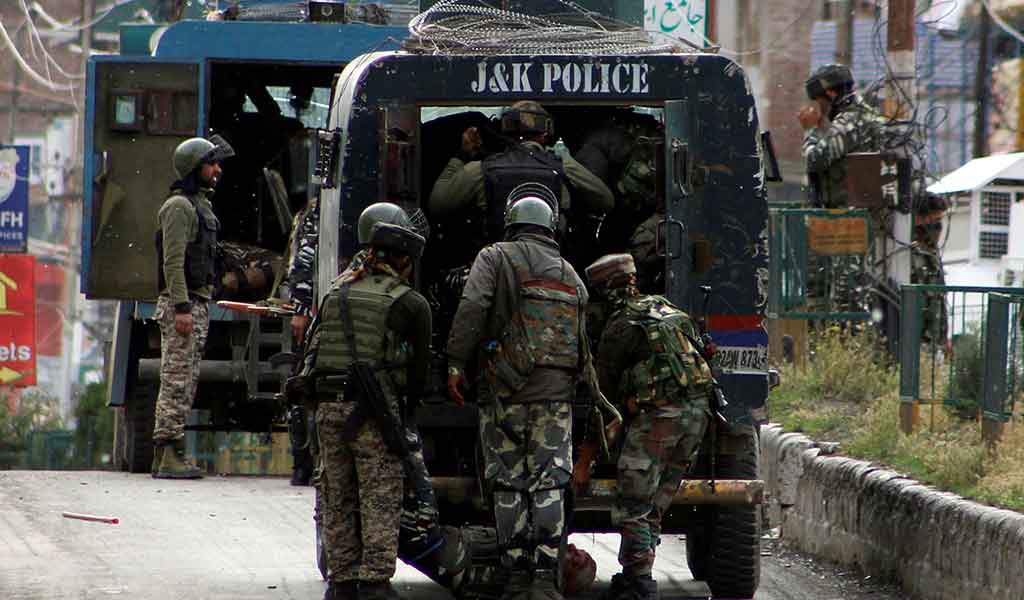 The police conducting searches at residence of Advocate Mian Qayoom, Advocate Manzoor Dar and Advocate Muzzaffar Mohammad in connection with further investigation into the killing of Advocate Babar Qadri.

A posse of policemen arrived at Qayoom’s Barzulla residence and searches his house.

Advocate Babar Qadri was killed by unknown gunmen inside his residence in Hawal area of Srinagar in September 2020. Qadri, who was a vocal critic of the Indian state terrorism and BJP’s anti-Kashmir policies, had claimed threat to his life three days before he was killed.

Indian troops martyred one Saqib Manzoor, last year and claimed he was responsible for Qadri’s killing.