August 3, 2022 India Comments Off on Congress announces protests across India on Friday 169 Views 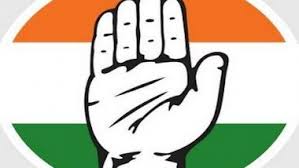 As a part of the protests, the party plans to lay siege around Prime Minister Modi’s official residence in Delhi and also march towards the Rashtrapati Bhavan (President House) from the Parliament.

Congress General Secretary, KC Venugopal, in a statement said that members of the Congress Working Committee (CWC) and senior leaders would also participate in this protest. He said, “Lok Sabha and Rajya Sabha MPs will hold ‘Chalo Rashtrapathi Bhavan’ from the Parliament to register protest against price rise and unemployment.”

The statement added that Congress has also summoned all its elected public representatives from village to district levels to participate in the protest and court mass arrest in their respective blocks and district headquarters.

Congress along with other Opposition parties has been holding protests in the Parliament complex since the beginning of the Monsoon session on 18 July. Opposition leaders have been demanding a debate on the hike in Goods and Services Tax (GST), unemployment and inflation.

Senior Congress leader Mallikarjun Kharge earlier this week said that the opposition parties had been raising the issue of inflation in Parliament but the government was not willing to debate this issue.

During Congress interim president, Sonia Gandhi’s deposition before the Enforcement Directorate, Rahul Gandhi was arrested for protesting against inflation and unemployment. The party had changed its strategy during the third day of Sonia Gandhi’s ED questioning, when it stormed the streets across the country, not only protesting against her ED deposition but also over price rise and unemployment.