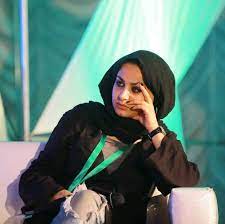 New Delhi, July 02 (KMS): Kashmiri journalist Sanna Irshad Mattoo, who recently made it to the prestigious Pulitzer Prize award, on Saturday said that the Indian authorities denied her permission to travel internationally as she was scheduled to attend a photography event in Paris.

Sanna Irshad Mattoo in a tweet said, “I was scheduled to travel from Delhi to Paris today for a book launch and photography exhibition as one of 10 award winners of the Serendipity Arles grant 2020. Despite procuring a French visa, I was stopped at the immigration desk at Delhi airport”.

“I was not given any reason but told I would not be able to travel internationally,” the journalist added in the second tweet.

As per the journalist, she has not been given any reason as to why she was not allowed to board the international flight.

Like Loading...
Previous India to name IIOJK edu institutions, hospitals after killed Indians and their collaborators
Next AAC condoles demise of Moosvi’s sister in IIOJK

Indian troops martyr one youth, injure another in Kulgam