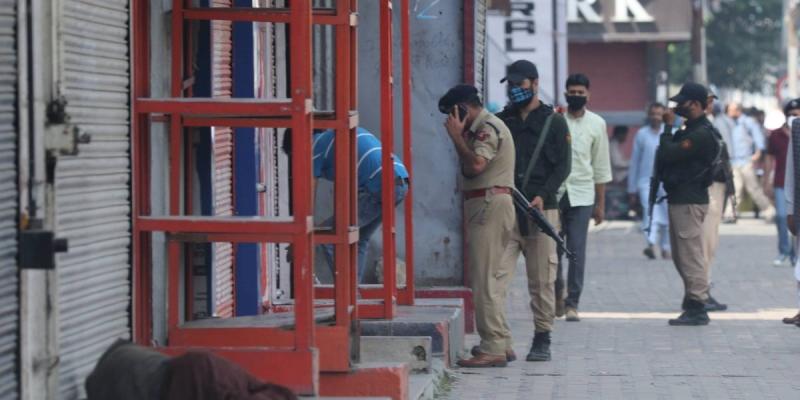 Reacting to the move, they termed it a deliberate attempt by the Modi regime to deprive the Kashmiri people of any economic activity during the 43-day Yatra, which commenced from twin base camps in IIOJK, today, and will conclude on 11 August.

Shopkeepers continued their protest against the decision of closing down their shops in Pantha Chowk area of Srinagar till the end of the Hindu pilgrimage. The protesting shopkeepers told the media that they had been directed to close their shops for 40 days. They said the decision would starve their families as they were already economically weak.

PDP president Mehbooba Mufti commenting on the closure of shops tweeted that despite stringent measures, it is the people of Kashmir who provide the real sense of security to the Amarnath Yatra pilgrims.

Civil society members on the condition anonymity told the media that Kashmiris have to deal with increased militarization during the period of Amarnath Yatra. Instead of bringing any economic activity, they deplored, the Yatra brings more miseries to the Kashmiri people in the form of closure of their business, constant checking and frisking.

They asked the world community to impress upon Modi to de-militarise Amarnath Yatra, reduce number of pilgrims and address environmental concerns for a better & safe Yatra.