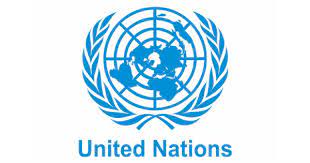 Istanbul, June 29 (KMS): The 9th Ordinary Elective General Assembly Meeting of the Union of Non-Governmental Organizations of the Islamic World (UNIW) was held in İstanbul, Turkey. The UNIW has around 400 members from 69 countries of 6 continents.

The UNIW was established on May 1, 2005, to work for global peace, human rights, freedom, and justice. It goal is to cooperate, collaborate and coordinate the activities of the Muslim NOGs of the world. UNIW’s mission is to play effective role at the UN, OIC and other world forums to seek their understanding towards the issues of the Ummah. Its strategy has been to have global networking of Muslim NGO’s all over the world.

Attorney Ali Kurt, a graduate of Istanbul University, Faculty of Law, was the Secretary General of UNIW until June 5, 2022. He has been the founding partner of Faisal Finance Institution.

On June 25, 2022, the General Body elected Mr Eyup Akbal as the new Secretary General of UNIW. Eyup Akbal is the Chairman of the Board of Fuzul Holdings. He has featured on Forbes Magazine as one of top-notch businessmen in Turkey. Fuzul Group deals with real estate development, tourism, insurance, finance, property management, electronic payment systems. He is a very modest, courteous, and humble personality.

Dr Fai highlighted that the world powers have proved to be selective when it comes to the implementation of the UN Security Council resolutions. He asked: Is not it true that the United Nations intervened in Namibia, East Timor, Southern Sudan, implemented UN resolutions, held the elections and gave these countries total independence from the occupation of South Africa, Indonesia and Sudan respectively? How can the world body justify that the UN Security Council resolutions remain unimplemented in the case of Palestine and Kashmir?

Dr Fai added that the nightmare of the people of Kashmir began in 1947 and it is no tribute to international justice that it continues as I speak today. The community of nations must seize the opportunity to promote an initiative towards bringing about conditions necessary for settlement of the Kashmir dispute. Should not the international standards and principles play a commanding role in the settlement of international conflicts including that of Kashmir, Fai asked?

To another question, Dr Fai told the student audience which was dominated by female scholars that the situation in Kashmir is not frozen. It may seem to you have frozen from a distance but the facts on the ground say it loudly that it will not stay frozen any longer. Has it been the case then Yushwant Sinha, leader of BJP and former foreign minister of India would not have said on December 28, 2018 during an interview with Shekhar Gupta, “We have made one mistake after another in Kashmir. There is no question of losing Kashmir, we have lost Kashmir.”

Dr Fai also met with the delegation of Islamabad-based independent think-tank “Center for Discussions and Solutions,” and “Global Dialogue for Peace.” They were invited by Istanbul based think-tank, “Insan ve Medeniyet Hareketi. Asif Luqman is the head of this think tank. He also met with Ameerul Azeem and other dozens of friends there whom he knows from America to Saudi Arabia and else.

Dr Fai also had detailed discussion with the leadership of Kashmir House, Istanbul, Dr Mubeen Shah and Dr Asif Dar, both of them have sacrificed a lot for the cause of Kashmir. The nation of Kashmir is proud of them. Kashmir House, Istanbul’s objectives include: advocacy, political engagements, research, documentation, financial aid to deserving students, media scape, and business enterprise.

Dr Fai had a pleasant meeting with 18 Kashmiri students at a hotel in Istanbul. They came not only from Istanbul but beyond. They discussed issues of common concern for more than two hours.

Dr Fai also spent few moments with Ustaaz tugray Rvren who has become the “Poet of Kashmir.” He has given the voice to the pain and suffering of the people of Kashmir. The song, “I am Kashmir” is dedicated to Kashmir and “We will not betray” is dedicated to both Kashmir and Palestine. These songs have millions of views on Tweeter and YouTube. Dr Fai thanked Tugray Evren for his friendship with the people of Kashmir.