May 18, 2022 Activities, Protests Comments Off on Protests against anti-people policies of IIOJK authorities

Srinagar, May 18 (KMS): In Indian illegally occupied Jammu and Kashmir, people staged protest demonstrations in different areas against the anti-people policies of the authorities and to press for their demands.

Jammu and Kashmir Handicapped Association in a protest demonstration held at Press Enclave in Srinagar highlighted the burning demands of the physically challenged persons.

A large number of physically challenged persons participated in the protest. Among other things, the protesters demanded implementation of Disabilities Act 2016 in J&K as soon as possible, special recruitment drive for qualified disabled persons, enhancement of monthly pension, reservation for persons with disabilities in all government jobs and opening of Braille schools for blind persons in every district.

In another protest, the people of Jatwal-Panchayat of Sohanda village in Samba demonstrated at the Samba district headquarters over the shortage of drinking water. A large number of women participated in the demonstration. The protesters raised slogans against the district administration and Jal Shakti Department.

The protesters said that drinking water was not available in their village for the last several months and due to paucity of water, people have been deprived of even bathing, washing and cooking food. They said that they complained several times to the concerned department officials, public representatives and panchayat members regarding the matter but nobody paid heed to their problems.

Previous Release of Yasin Malik, other Hurriyat leaders demanded through posters
Next Delhi HC to hear bail plea of JNU scholar Sharjeel Imam on May 26 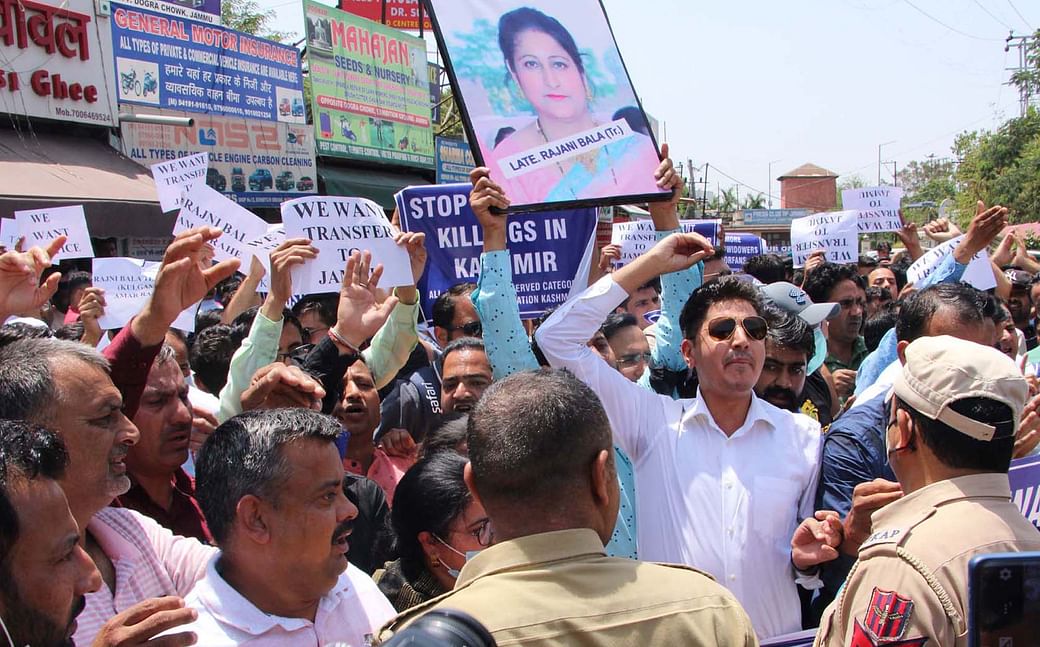