May 5, 2022 Activities, Special Days Comments Off on Rich tributes paid to Ashraf Sehrai on his first martyrdom anniversary 231 Views 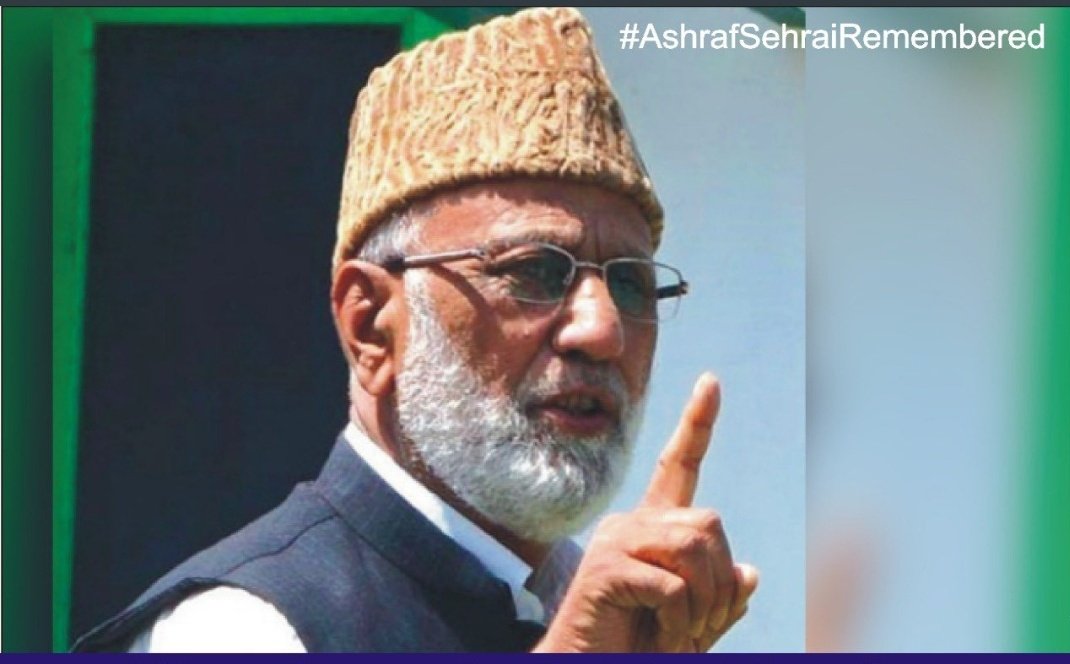 The statements said the people who were responsible for his custodial death are yet to be brought to justice.

The statements reiterated that the people of Kashmir would continue their freedom struggle till complete success. It said the Indian government was directly responsible for Sehrai’s custodial murder. It added said that there was dire need to have a credible investigation into the incident to ascertain the real facts that led to the tragic death of the Kashmiri leader.

Meanwhile, APHC leaders Jameel Ahmad and Dr Musaib led a function in Srinagar holding banners in memory of the martyred leader Muhammad Ashraf Sehrai and reiterated to continue the martyrs’ mission despite all odds.