Man from Indian Gujarat dies of heart attack in IIOJK

April 16, 2022 IIOJK in focus Comments Off on Man from Indian Gujarat dies of heart attack in IIOJK 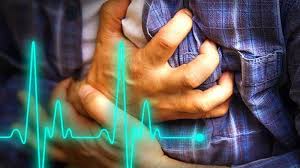 Srinagar, April 16 (KMS): In Indian illegally occupied Jammu and Kashmir, an elderly man from the Indian state of Gujarat died of a suspected heart attack in north Kashmir’s Baramulla district.

Bharatbhai Pareek (65), a resident of Jamnagar Gujarat, complained of chest pain at a hotel in Gulmarg area of the district. He was immediately shifted to Primary Health Centre Gulmarg where doctors declared him dead on his arrival.

On the other hand, panic gripped Gurdan Chawa area of Rajouri district in Jammu region after Indian troops a launched a cordon and search operation in the wee hours of Saturday.

During the operation, an official said a suspicious object was found lying there alongside road which turned out to be an IED during examination. He said the bomb squad of police later took the material in its possession for further destruction as per SOPs and through a controlled explosion which was then destroyed at a safer location.