March 15, 2022 Voices from IIOJK Comments Off on PCI findings on media curbs in IIOJK indictment of Modi regime: NC 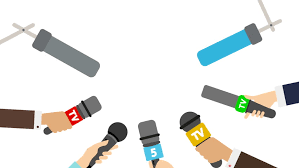 Srinagar, March 15 (KMS): The National Conference (NC) has termed the findings of a Press Council of India committee on press freedom in Kashmir as a telling indictment of the Indian authorities’ treatment of press in occupied Jammu and Kashmir.

NC chief spokesperson Tanvir Sadiq in a statement in Srinagar said the report of the fact finding committee (FFC) lays bare how news media in Jammu and Kashmir, especially in the valley, was slowly being choked, through extensive curbs imposed by the administration.
We have been registering our concern over the rising curbs on the freedom of press in Kashmir for all these years.

The gags have monopolized the flow of information in the territory, he said.
Sadiq said curbs on press have pushed various local dailies to stop their coverage of various issues of public importance under the fear of offending the authorities. The press fraternity in Kashmir is at the receiving end due to the executive apathy and intrinsic pressure associated with reporting in a conflict situation. It is indeed a tightrope walk for our journalist friends, he said.

The party leader praised the findings and hoped they will let liberal and democratic forces in the country know about ground reality in Kashmir.

The spokesperson also urged the PCI to mount pressure on the Indian government to release all confined journalists.