February 16, 2022 Voices from IIOJK Comments Off on Nayeem Khan urges world to take cognizance of Indian brutalities in IIOJK 25 Views

Nayeem Ahmed Khan in a message from New Delhi’s infamous Tihar Jail strongly condemned Narendra Modi-led fascist Indian government’s belligerent policy towards IIOJK. He said that India’s racist regime whose hands were soaked with the blood of innocent Kashmiris was hell-bent on stifling every voice of dissent in the occupied territory.

“The ruthless suppression of dissent, killing spree of innocent civilians, and a witch-hunt against civil society, rights activists, and journalists speak volumes about the apartheid regime’s repression, brutality, and barbarism in Kashmir,” he said.

Nayeem Khan lamented that extra-judicial killings, enforced disappearances, harassment and humiliation of common masses, arbitrary arrests, and attacks on rights defenders by the Indian occupation forces have become a new norm in the Kashmir Valley. India, he said, has been using these colonial-era tactics to suppress the Kashmiris’ legitimate struggle for the right to self-determination. He, however, maintained that the policy of oppression and suppression could not deter the Kashmiri masses from pursuing their legitimate struggle for which they have rendered matchless sacrifices.

Lauding the Kashmiri youth for their resilience, the APHC leader said, the youth of Kashmir who have taken up the mantle of freedom movement have been scripting a new history of resistance against India’s illegal occupation by laying down their precious lives. He urged New Delhi to shun its policy of intransigence and said the Indian leadership must bear in mind the fact that genuine freedom movements cannot be suppressed by the dint of force.

Referring to the Indian government’s nefarious designs to change the status of the occupied Kashmir through political and administrative machinations, Nayeem Khan said, “Stripping Jammu and Kashmir of its special status and unlawful attempts to alter the region’s demography and changing the electoral map has been a dream project of the RSS influenced regime.” he termed these attempts as an atrocious assault on Kashmiris’ political and cultural identity. These policies aimed at marginalizing the majority community and reducing them to minority were in violation of international law and the UNSC resolutions that strictly prohibit the occupying state from changing status of a disputed region, he added.

About the plight of the Kashmiri prisoners, the APHC leader said, “Caging Kashmiri political leaders on flimsy grounds and holding them in preventive custody and denying them the right to a fair trial and subjecting them to inhuman treatment in prisons and terrorizing their families is yet another dark aspect of Indian colonialism.”

Like Loading...
Previous BJP leader says those not voting for Yogi will be bulldozed in UP
Next Indian agencies arrest ten youth in IIOJK 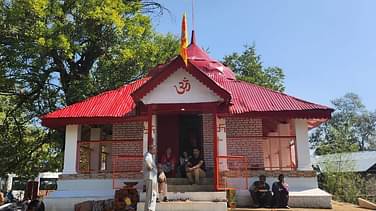