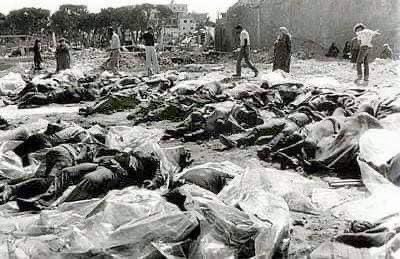 Srinagar, January 06 (KMS): In Indian illegally occupied Jammu and Kashmir, justice continues to elude the victim families of gory Sopore massacre for the past 29 years whose near and dear ones lose their lives at the hands of Indian Border Security Force personnel in Sopore town on chilly morning of January 6, 1993.

Over 60 civilians were martyred and more than 350 shops and other structures including residential houses were gutted on this day in 1993 after Indian soldiers set the Sopore town ablaze. The victim families are still awaiting justice while the perpetrators of this heinous crime are roaming free.

“Among the 57 dead civilians, 48 died due to bullet shots and 9 were burnt alive. More than 400 commercial establishments and 75 residential houses were set ablaze in five localities of Sopore – Armpora, Muslimpeer, Kralteng, Shallapora, Shahabad and Bobimir Sahab. Among the burnt buildings there were some landmark buildings like Women’s Degree College,” a witness said. “We couldn’t comprehend anything when we watched BSF personnel targeting every civilian with bullets. Days after the gruesome massacre, we came to know that a BSF man was robbed of his rifle by an unknown man and to avenge that incident, they targeted innocent civilians,” said another eyewitness.

Shortly after the incident, the BSF men from 94th Battalion butchered 57 civilians. People who witnessed the gruesome massacre told media that marauding troops dragged a bus driver out from the vehicle and pumped bullets into the bodies of passengers killing 20 of them on the spot. “After killing the passengers, the troops started spraying gun powder, petrol and kerosene on the surrounding buildings and then torched them,” they said.

Ghulam Rasool Ganai, who witnessed the massacre and arson, said that the marauding troops dragged out the driver of a bus (JKY-1901) from the vehicle and fired into the passengers, killing 20 of them.

Among the gutted buildings were Women’s Degree College and Samad Talkies.

The family, which suffered the highest number of casualties, was the Shalla family of Shalpora as four of its men were killed.

Like Loading...
Previous Article: “Bulli-Bai”: A ploy to hurt camaraderie between Sikhs and Muslims
Next Article: What’s on! Halt this politics of hate

PM for enhanced unity to infuse vigour, strength to Kashmir cause

Pakistan stands in solidarity with IIOJK people in their freedom struggle to: Rana Tanveer