Srinagar, January 06 (KMS): In Indian illegally occupied Jammu and Kashmir, the All Parties Hurriyat Conference (APHC) has termed the ongoing upsurge in ruthless killings in fake encounters carried out by Indian forces and heavy deployment of additional forces as frustration of the Indian fascist regime.

The APHC spokesman in a statement issued in Srinagar strongly condemned the fresh spell of extrajudicial killings and said India is highly mistaken for its blitzkrieg in illegally occupied Jammu and Kashmir, whose brave people have defeated many such military operations of India since its brazen onslaught on their inalienable right to self determination in 1947.

The spokesman, while expressing deep concern over the gruesome killings of the freedom-loving people of Kashmir, said that in the modern civilized world where human rights have assumed universal acceptability, Kashmir continuously remains in shambles, without civil liberty and other fundamental rights despite the existence of the United Nations Organisation.

He urged the United Nations Secretary General, Antonio Guterres to take serious cognizance of the systematic genocide, changing demography and illegal allotment of land for the additional military basements and non local residents in violation of international laws and commitments pertaining to the Kashmir dispute.

The Hurriyat spokesman stressed for a peaceful resolution of the Kashmir dispute in accordance with the United Nations Security Council resolutions in the best interests of world peace and prosperity. 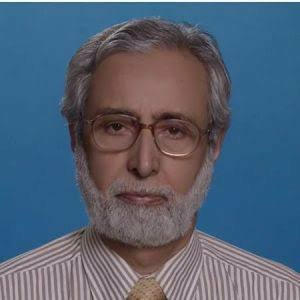 APHC-AJK condoles demise of father of Manzoor Shah in IIOJK