December 26, 2021 Voices from IIOJK Comments Off on Mushaal demands OIC summit on genocide of Kashmiris 212 Views 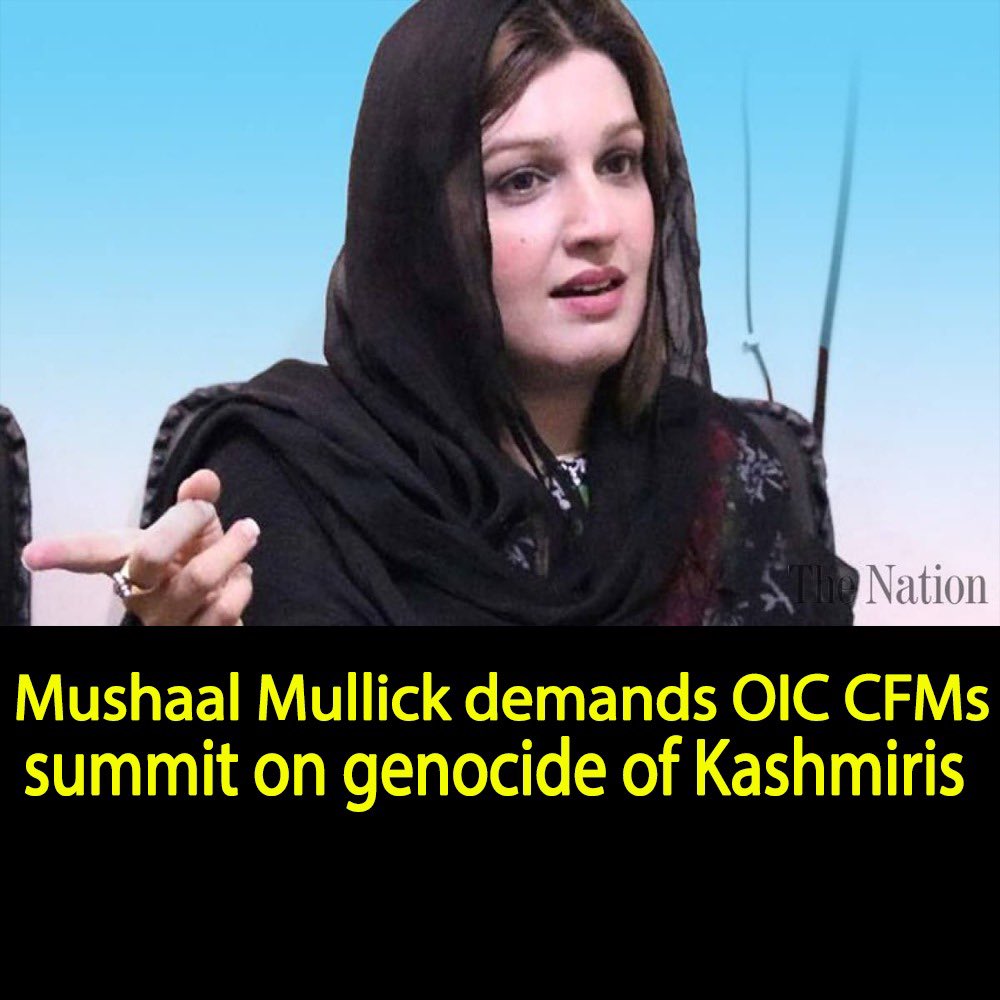 Islamabad, December 26 (KMS): The Chairperson of Peace and Culture Organisation, Mushaal Hussein Mullick has demanded an extraordinary session of the OIC Council of Foreign Ministers (CFM) on the on-going genocide of unarmed and innocent Kashmiri people in the Indian Illegally Occupied Jammu and Kashmir (IIOJK).

Mushaal Hussein Mullick, wife of jailed Kashmiri leader, Muhammad Yasin Malik, in a statement on Sunday said that the Indian fascist government unleashed a wave of state terrorism and is killing Kashmiri people in fake encounters and in search and cordon operations.

She urged the Muslim world to demonstrate unity and call a Afghanistan-like summit on genocide and ethnic cleansing of Kashmiri people in the scenic valley.

Mushaal said that the silence and inaction of the world especially of the Muslim countries emboldened the Hindutva regime to further accelerate the genocidal mission in IIOJK.

The chairperson said that six more Kashmiris have been extra-judicially killed by Indian occupation forces in the territory in the past few days.

She went on to say that the struggle for their inalienable right to self-determination as enshrined in the relevant UN Security Council resolutions would continue despite such brutal acts by India.

Mushaal urged the international community to hold India accountable for its grave and systematic violations of human rights in IIOJK. She demanded of the world powers and the UN bodies to pressurize India to stop the genocide of Kashmiris and ensure settlement of the Kashmir dispute as per aspirations of Kashmiri people and UNSC resolutions.

Like Loading...
Previous Omicron tally rises to 422 in India
Next HR abuses against Dalits by upper caste Hindus new normal in India