November 27, 2021 IIOJK in focus Comments Off on 12.58% population in IIOJK living below poverty line: Survey 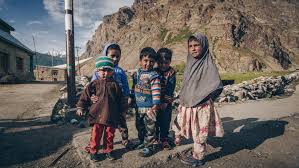 Srinagar, November 27 (KMS): In Indian illegally occupied Jammu and Kashmir, a new study has revealed that 12.58 percent of the total population in the territory is ‘poor’.

According to Kashmir Media Service, the survey conducted by National Institution for Transforming India, also called NITI Aayog, – a public policy think tank of the Government of India – says that more than 47 percent of the population in IIOJK is deprived of proper sanitation.

Pertinently, as per survey by Sustainable Development Goals (SDG) Index 2021, at least 10.35 percent population in IIOJK was living below the poverty line with the rural areas holding more poverty than the urban areas. The figures were revealed by the economic survey report, based on the specific poverty lines and estimates of poverty for rural and urban areas of the territory and different Indian states.

India martyrs 140 Kashmiris in past six months in IIOJK

Martyrs’ week to commence in IIOJK, AJK & abroad from tomorrow