Police have no evidence against me, says Umar Khalid

November 9, 2021 India Comments Off on Police have no evidence against me, says Umar Khalid

New Delhi, November 09 (KMS): Former Jawaharlal Nehru University (JNU) student leader Umar Khalid has informed a court in New Delhi that police did not have any evidence against him, and a case can’t be made against him on half-truths.

BJP government arrested scores of students, political and civil society members including Umar Khalid and booked them under draconian law Unlawful Activities (Prevention) Act (UAPA) in connection with the Delhi riots in February 2020 which left 53 people dead and over 700 injured.

Arguing his bail plea before Additional Sessions Judge Amitabh Rawat, senior advocate Trideep Pais read out the statements of three protected witnesses and claimed that they were contradictory and cooked up.

During the proceedings, Pais read out a police allegation from the charge sheet regarding an alleged secret meeting in Delhi’s Seelampur area on January 23 and 24 last year in which Khalid had allegedly directed that the protests be escalated to riots.

Denying that it was a secret meeting, Pais argued that its pictures were taken and uploaded on Facebook. “I did not know that secret meeting was put up on Facebook. Does it really look secret to this Court?” he asked. He also called the protected witness “Sierra”, who gave a statement to the police on this alleged secret meeting, “cooked up”.

“From the statement, it is clear that Sierra is the chaiwala [teaseller] who comes and gives chai in the meetings. He is the only witness who says that the meeting was secret. All other witnesses do not claim this. They all contradict each other,” Pais said. He added, “How would a person speak in front of a chaiwala and spill the entire beans of conspiracy?

“You [Police] can’t have half-truths to go and make a case against me. Clearly, these statements are written by someone else, given to these people to pass them off as theirs because you don’t have any evidence. So, you call people to the police station and tell them that I want to implicate so and so,” the lawyer said.

In the last hearing on November 2, Khalid had said that the anti-Citizenship Amendment Act (CAA) protest was secular but the charge sheet in the Delhi riots conspiracy case was communal and that the police fabricated a story to suit their narrative, calling it a “naked form of false implication”. 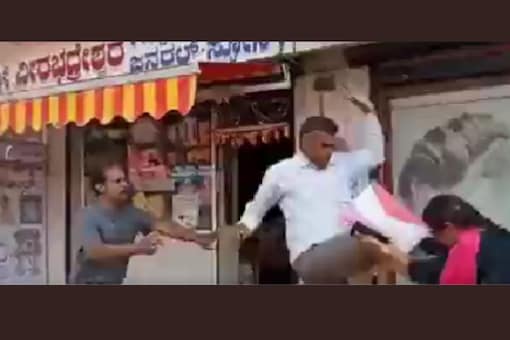