Campaign for removal of Indian soldiers from Maldives gains momentum 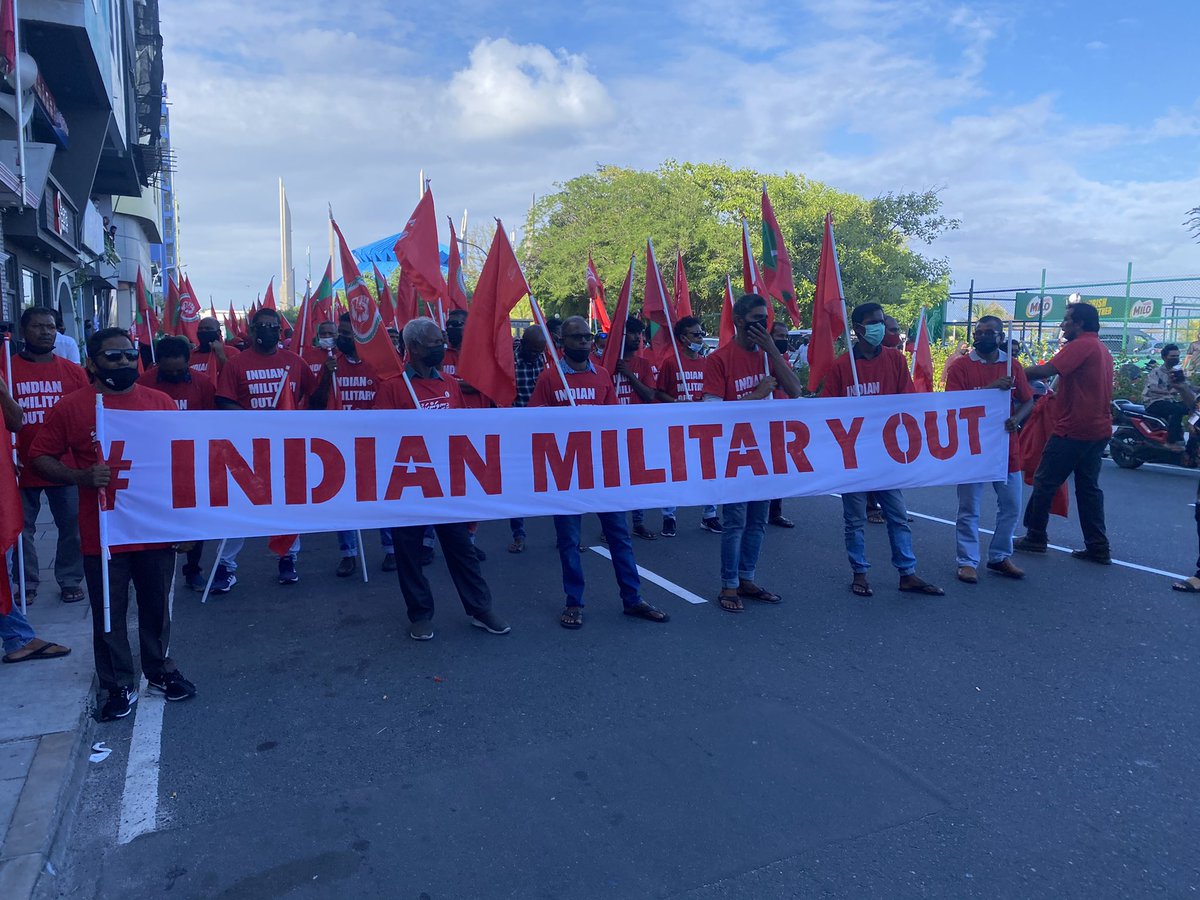 Islamabad, November 03 (KMS): The opposition alliance in Maldives launched a campaign seeking removal of Indian military personnel from the country saying that the RSS-backed Indian government as part of its expansionist policies is interfering in internal affairs of Maldives.

A report released by Kashmir Media Service, today, said the opposition alliance launched their campaign with the name “In Defence of Independence” movement. The movement which aims to secure the independence and sovereignty of the Maldives openly called for the removal of Indian soldiers currently stationed in the Maldives. The soldiers in question are being stationed under various military agreements made under the current administration.

The report said thousands of people marched on the streets of Malé, the capital city of Maldives, recently chanting slogans like “Indian Military go out” and “No more Indian interference in Maldivian politics”. The participants of the rally called for cancellation of all military agreements with India.

The report said, President Ibrahim Mohamed Solih, Foreign Minister Abdulla Shahid, Speaker of the Parliament Mohamed Nasheed and Defence Minister Mariya Didi were described as traitors by the protestors. Many also accused the current administration and the New Delhi friendly President Solih of colluding with India to influence the 2018 Presidential Election and the 2019 Parliamentary Election.

The report said that the rally organized by the opposition Progressive Congress Coalition against the Indian government, with hashtags #Indiaout and #IndianMilitaryOut, was the largest protest in the recent history of Male’ city. The organizers of the protest announced that many such activities will be held in the coming days.

The report pointed out that the RSS-backed Indian government as part of its expansionist policies is interfering in internal affairs of Maldives. It said Maldives being a Muslim country is on the target of India’s Hindutva regime.

The report said Indian hegemonic designs and its bullying behavior are harmful for sovereignty of Maldives and Islamic and cultural values of the country are under threat owing to growing Indian influence.

Like Loading...
Previous BJP condemned for encouraging hate crimes against Muslims
Next SIA will be another tool in Indian forces’ hand to punish Kashmiris: APHC