October 5, 2021 AJK Comments Off on Rally in Muzaffarabad on October 10 to pay homage to Syed Ali Gilani 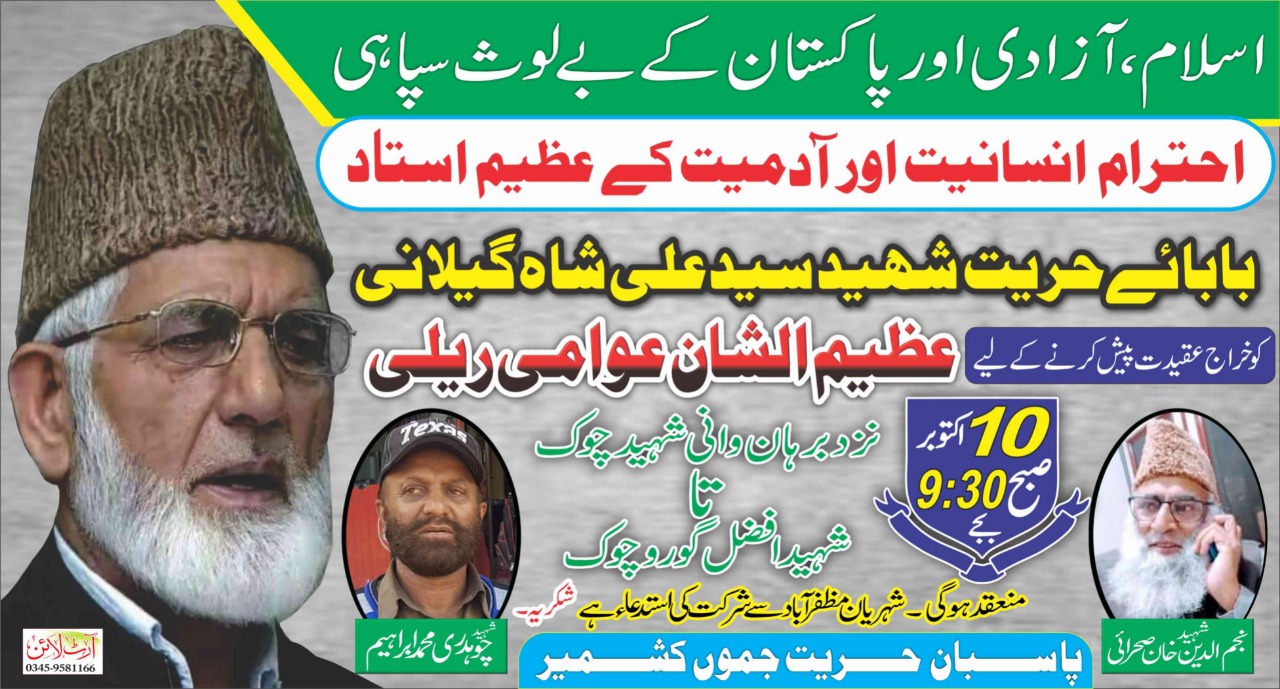 Muzaffarabad, October 05 (KMS):  Chairman of Pasban-e-Hurriyat Jammu and Kashmir Uzair Ahmad Ghazali has said that a rally will be held from Burhan Wani Chowk in Muzaffarabad on Sunday, October 10 to pay homage to the veteran Hurriyat leader, Syed Ali Gilani for his valuable services for Kashmir freedom movement.

Uzair Ahmad Ghazali in a statement issued in Muzaffarabad said that Syed Ali Gilani was a great revolutionary figure of occupied Jammu and Kashmir. He said that the purpose of the rally is to pay homage to the deceased leader on behalf of the Kashmiri people for his great, tireless and untiring struggle.

He said that Syed Ali Gilani dedicated his entire life to the freedom of Jammu and Kashmir from Indian military domination. He said that the veteran leader had a sincere love for Pakistan. He continued his struggle for the freedom and right to self-determination of the Kashmiri people till the last breath of his life.

Uzair Ahmad Ghazali appealed to the people of Azad Kashmir to participate in the rally on October 10 to pay homage to Quaid-e-Inqlab Syed Ali Gilani.

Previous UN vigilance is required in Kashmir: Farooq Rehmani
Next UN asked to save Kashmiris from Indian atrocities