Kashmir is not internal matter of India; Pakistan tells UNGA

September 26, 2021 Reports Comments Off on Kashmir is not internal matter of India; Pakistan tells UNGA 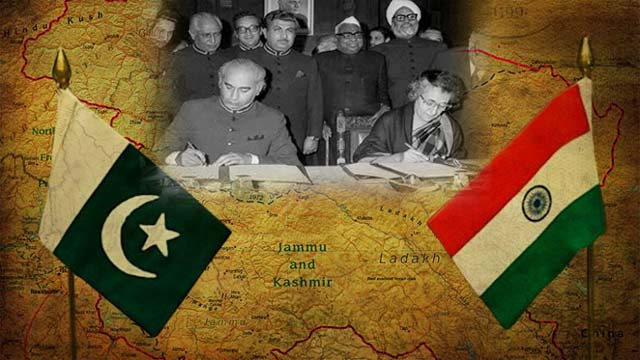 Islamabad, September 26 (KMS): Pakistan has rejected India’s hollow claim at the United Nations General Assembly (UNGA) that Jammu and Kashmir is its internal matter and reiterated that the territory is disputed as per several UN Security Council resolutions.

A report released by Kashmir Media Service, today, said that the Pakistani delegate at the UNGA said that India remained in occupation of an internationally recognized disputed territory of Jammu and Kashmir and final disposition of the dispute needed to be decided through plebiscite under the United Nations auspices.

It said, India is relying on utter lies to divert the attention from human rights violations in Indian illegally occupied Jammu and Kashmir, adding that Kashmir was not India’s internal matter but an international dispute on the UNSC agenda.

The report said that the UN military observers stationed in Jammu and Kashmir was another proof that the Kashmir was an international dispute and India couldn’t remove Kashmir from UNSC agenda unless the dispute is resolved as per Kashmiris’ aspirations. Holding of UNSC meetings on J&K are nullification of Indian claim that Kashmir is its internal matter, it added.

The report said, India’s denial of right to self-determination is the main cause of Kashmir dispute and its final settlement lies in the UN resolutions which call for plebiscite under the UN auspices to resolve the lingering Kashmir dispute.

It said, the world’s silence had emboldened India to pursue its hegemonic ambitions in South Asia and Pakistan urges the international community to hold India accountable for its heinous crimes in IIOJK.