September 15, 2021 Voices from IIOJK Comments Off on JKPL stresses for Kashmir settlement through political means

Srinagar, September 15 (KMS): In Indian illegally occupied Jammu and Kashmir, the Jammu and Kashmir Peoples League (JKPL) has said that Kashmir is neither a regional issue nor a religious one but a political and human issue which should be addressed in that particular context.

JKPL chief organizer Mohammad Hamza while addressing in a meeting in Srinagar said the Kashmiris are not against the people of India. “We want economic progress in the region. For that to happen, it is imperative to solve the Kashmir issue, which is a constant source of tension in South Asia,” he said.

He further said that the Kashmiris’ aspirations should be considered and a realistic approach should be adopted for initiating a meaningful dialogue among Pakistan, India and genuine Kashmiri leadership to settle the lingering Kashmir dispute. 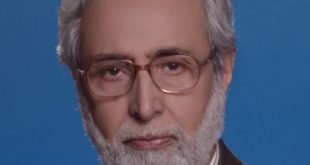