September 8, 2021 Reports Comments Off on India destroying education in IIOJK by design 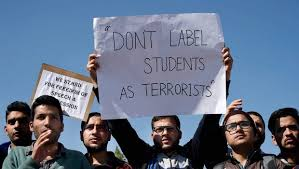 Islamabad, September 08 (KMS): Today, as the International Literacy Day is being celebrated world over, Kashmiri children can’t go to schools due to massacres, lockdowns and curfews as a mark of brutal occupation of Jammu and Kashmir by India.

An analytical report released by Kashmir Media Service, today, said that the situation turned from bad to worse since August 05, 2019 when the Modi-led fascist Indian government revoked Kashmir’s special status and brought the territory under direct control of New Delhi. In a bid to avert mass protests, people were confined to their homes and all modes of communication including internet, mobile and landline phones were blocked. Kashmiri students had to bear the brunt of the military siege and communication blackout, which still prevail in one or another form.

The report mentioned that decades-long unresolved Kashmir dispute would continue to disrupt the education of Kashmiri children unless it is resolved as per the relevant resolutions of the United Nations. Kashmiri children are being harassed and humiliated by Indian troops instead of making it easy for them to receive education, the report deplored.

All fundamental freedoms including right to education, the report added, are being made hostage to a fascist mindset of Indian regime whose assault on right to education is particularly reaching unlimited proportions in IIOJK.

The report pointed out that India, by design, is destroying education of Kashmiri children by burning schools in the garb of violent cordon and search operations in the occupied territory.

Previous Appointment of Masarrat Aalam as APHC Chairman welcomed
Next Committed to fight for restoration of Article 370: Farooq Abdullah