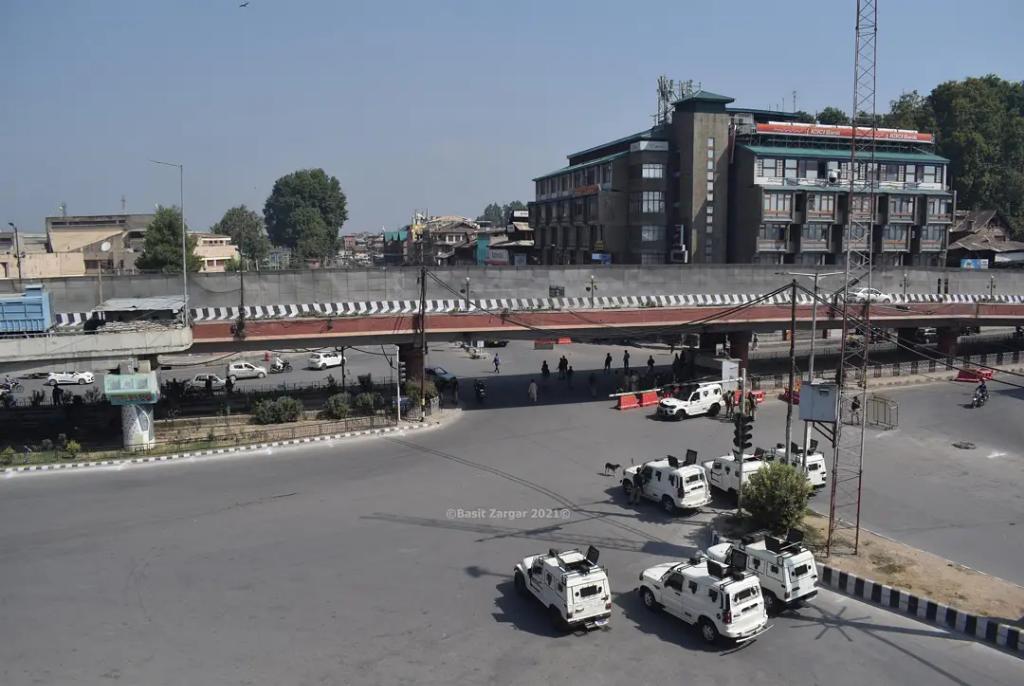 Srinagar, September 04 (KMS): In Indian illegally occupied Jammu and Kashmir, the authorities continued to clamp strict curfew on the third straight day, today, to prevent people from conducting a march towards Hyderpora area of Srinagar to pay tributes to the veteran Hurriyat leader and icon of Kashmir freedom movement, Syed Ali Gilani.

Call for the march was given by the All Parties Hurriyat Conference to protest the custodial death of Syed Ali Gilani. The veteran leader, who had been kept under continued house arrest by the occupation authorities since 2010, breathed his last on Wednesday night. Thousands of Indian troops deployed in every nook and corner of the occupied territory continue to keep millions of Kashmiris confined to their homes. All roads leading to Syed Ali Gilani’s Hyderpora residence remain sealed with barricades and barbed wires. Mobile internet service also remains suspended to stop people from sharing information about the prevailing situation of the occupied territory.

The APHC spokesman in a statement issued in Srinagar, today, expressed gratitude to the people and government of Pakistan for showing complete solidarity with the people of IIOJK in offering funeral prayers in absentia across the country for the veteran Hurriyat leader. He also thanked the government and people of Pakistan for their firm stand at the international level on the issue of freedom of Jammu and Kashmir from Indian illegal occupation.

The Chairman of Hurriyat forum, Mirwaiz Umar Farooq, who is under house detention since August 2019, spoke to the sons of Syed Ali Gilani over telephone and condoled the sad demise of their father. He condemned the authorities for not allowing the family members and people to attend the funeral prayers of the veteran leader.

Senior Hurriyat leader, Professor Abdul Ghani Butt, addressing a condolence meeting in Srinagar said that Syed Ali Gilani in itself was a movement who made great services and sacrifices for the freedom movement all along his life.

On the other hand, the President of Malaysian Consultative Council of Islamic Organisations, Mohammad Azmi Abdul Hamid in a statement issued in Kuala Lumpur termed the death of Syed Ali Gilani a great loss for the Kashmir cause. He hailed the veteran Hurriyat leader as a great inspiration for all Kashmiris.