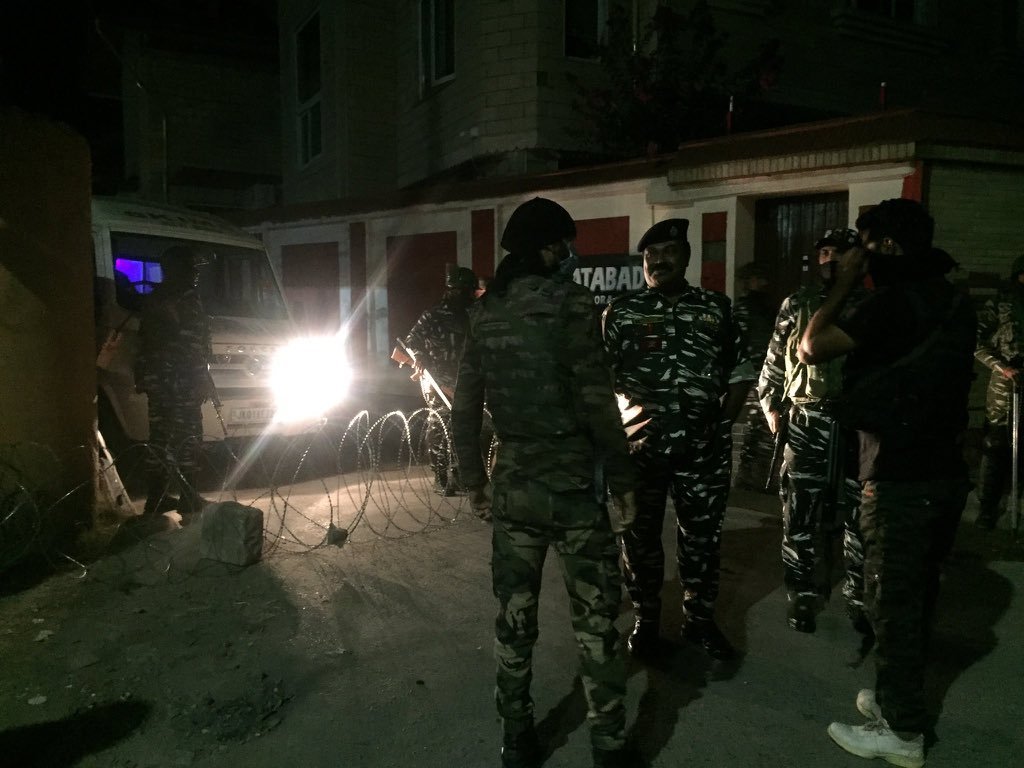 Srinagar, September 01 (KMS): In Indian illegally occupied Jammu and Kashmir, the authorities have imposed strict restrictions across the territory to prevent people from conducting a march towards Hyderpora area of Srinagar to pay tributes to the veteran Hurriyat leader, Syed Ali Gilani.

Syed Ali Gilani, who was under continued house arrest at his Hyderpora residence in Srinagar, passed away on Wednesday evening.

The occupation authorities have deployed thousands of Indian troops and police personnel in Srinagar and other areas of the Kashmir Valley to forestall the march towards Hyderpora.

The authorities have also suspended internet services to prevent people from sharing information regarding the prevailing situation in the territory.

The Inspector General of Indian police said the restrictions have been imposed in view of the death of Syed Ali Gilani.

Mother-in-law of Shaikh Lateef (late) passes away in Islamabad

Rich tributes paid to Maqbool Butt on his martyrdom anniversary