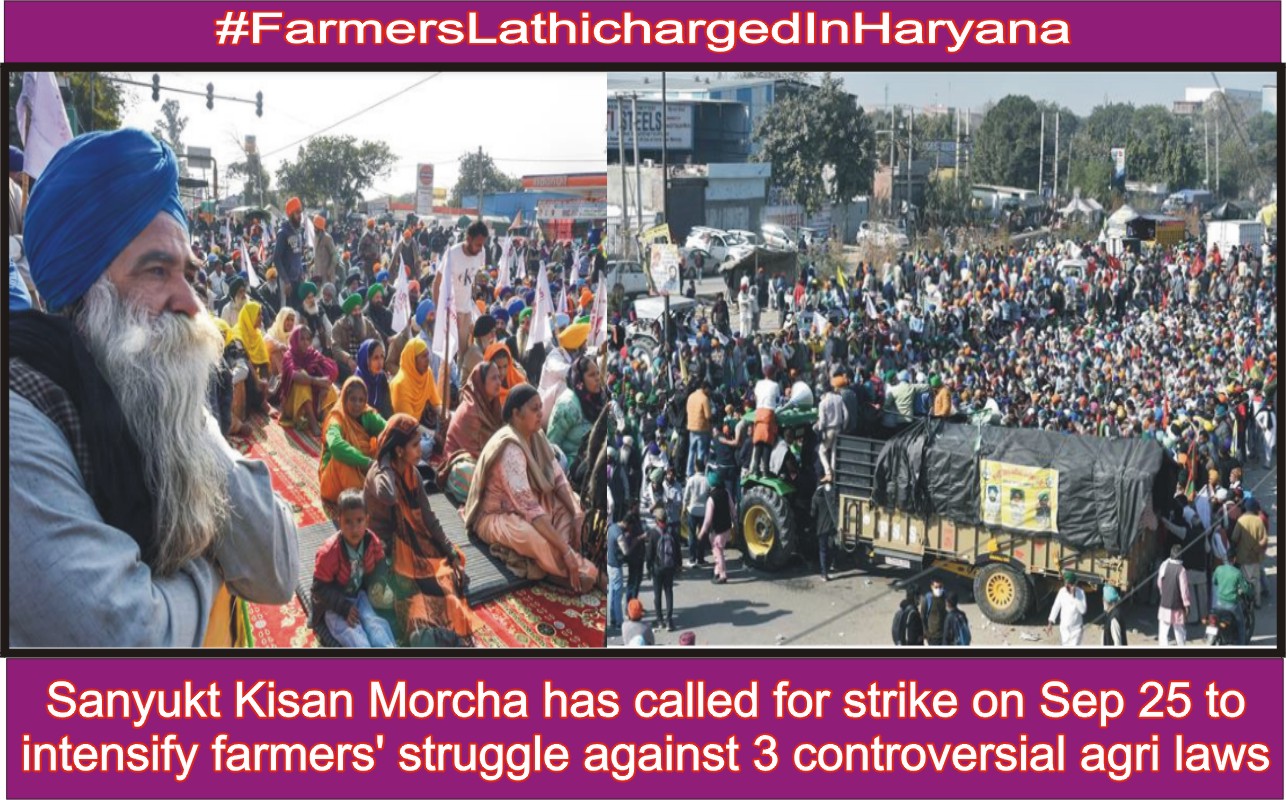 Islamabad, August 31 (KMS): Death of a farmer as a result of police lathicharge in Karnal city of the Indian state of Haryana has inflamed tempers among protesting farmers in India.

Indian police subjected protesting farmers to brutal Police lathicharge on Saturday in Haryana resulting in the killing of one framer and injuring of several others. Highways were blocked across Punjab in protest against the police action on agitating farmers in Haryana. The protesters in Punjab burnt effigies of the BJP-led Haryana government for using force on farmers in Karnal city of Haryana.

President of Congress Party in Punjab Navjot Singh Sidhu in a statement termed the police action in Karnal against farmers as an attack on the fundamental rights of every Indian.

The report said hundreds of farmers have lost their lives since their agitation against 3 farm laws began in November 2020. It pointed out that Modi’s agricultural reforms have only added to farmers’ woes across India. It said, Indian farmers are angry because they are facing serious problems due to Modi’s policies.

Sanyukt Kisan Morcha, body of over 40 farmer unions, has called for an Indian-wide strike on September 25 to intensify their struggle against the three controversial agri laws.

Experts have termed new agricultural reforms by Modi government as a death warrant for farmers. Indian farmers are determined to continue their protest movement until Modi government repeals all 3 farm laws.