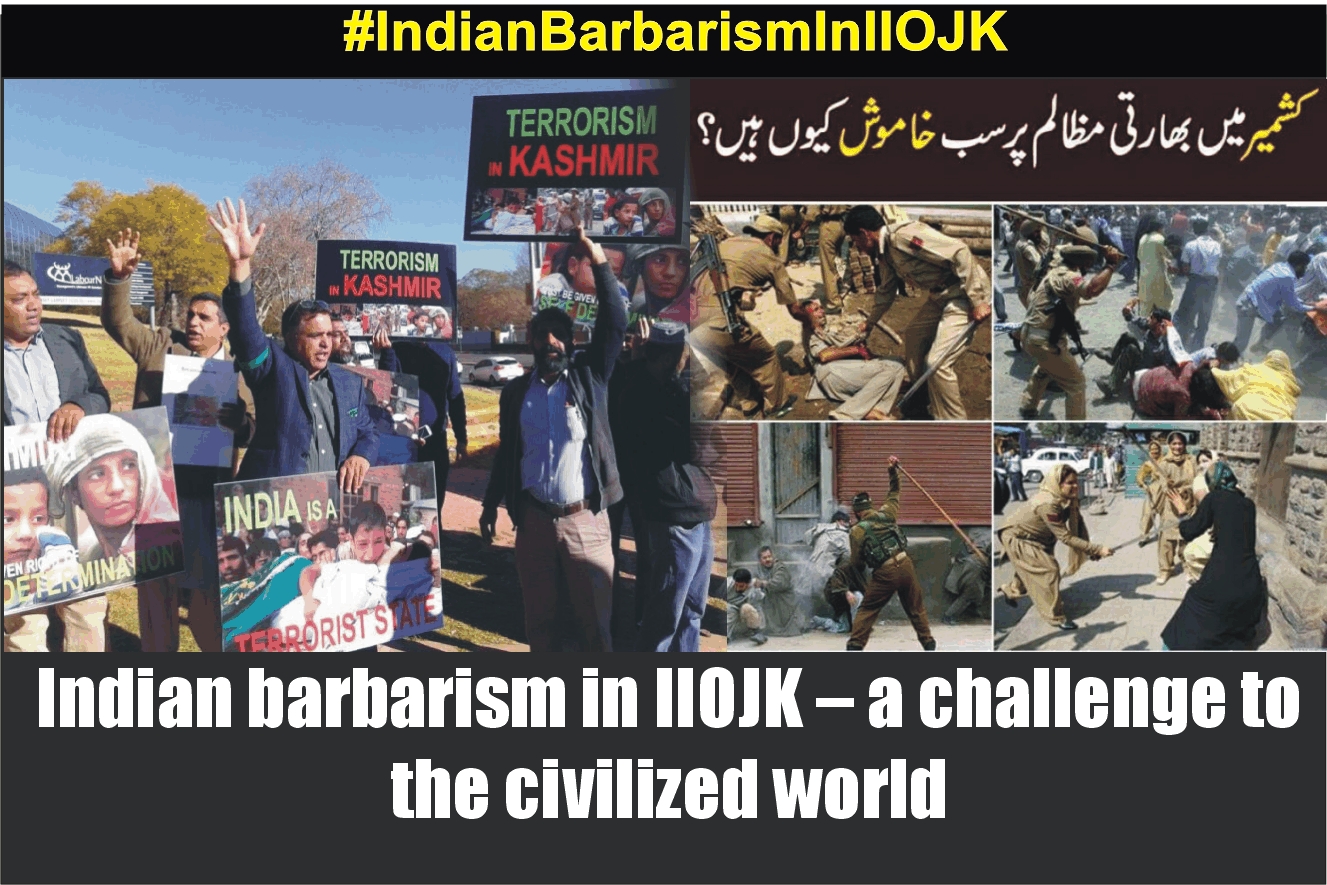 A report released by Kashmir Media Service, today, deplored that mutilation and disfiguring of Kashmiri martyrs’ bodies by Indian troops has become a norm in the occupied territory. Indian forces in their latest act of barbarism desecrated bodies of martyred Kashmiris in Sopore, it added.

The report said, a video, making rounds on social media, shows Indian troops tossing the body of a martyred Kashmiri in a very ruthless manner using a crane. It said, desecration of Kashmiri martyrs’ bodies by brutal Indian troops is a big offence under the international law.

The report deplored that Indian occupational troops were carrying out brutal operations to create a sense of fear among the Kashmiris, adding that Modi’s barbarism in Kashmir has no parallel in recent human history as India has broken all records of committing brutalities on the people of IIOJK.

The report maintained that Modi and his cohorts must know that their cruel methods against the Kashmiris are bound to backfire as Kashmiris’ passion for freedom remains totally undeterred despite facing Indian barbarism.

The report said the Indian barbarism in IIOJK is a challenge to the civilized world and the United Nations and the world community must stop genocidal policy of the Indian fascist regime and Modi must be held accountable for violating international obligations in the occupied territory.

‘India hatching one after other conspiracy against freedom movement in IIOJK’