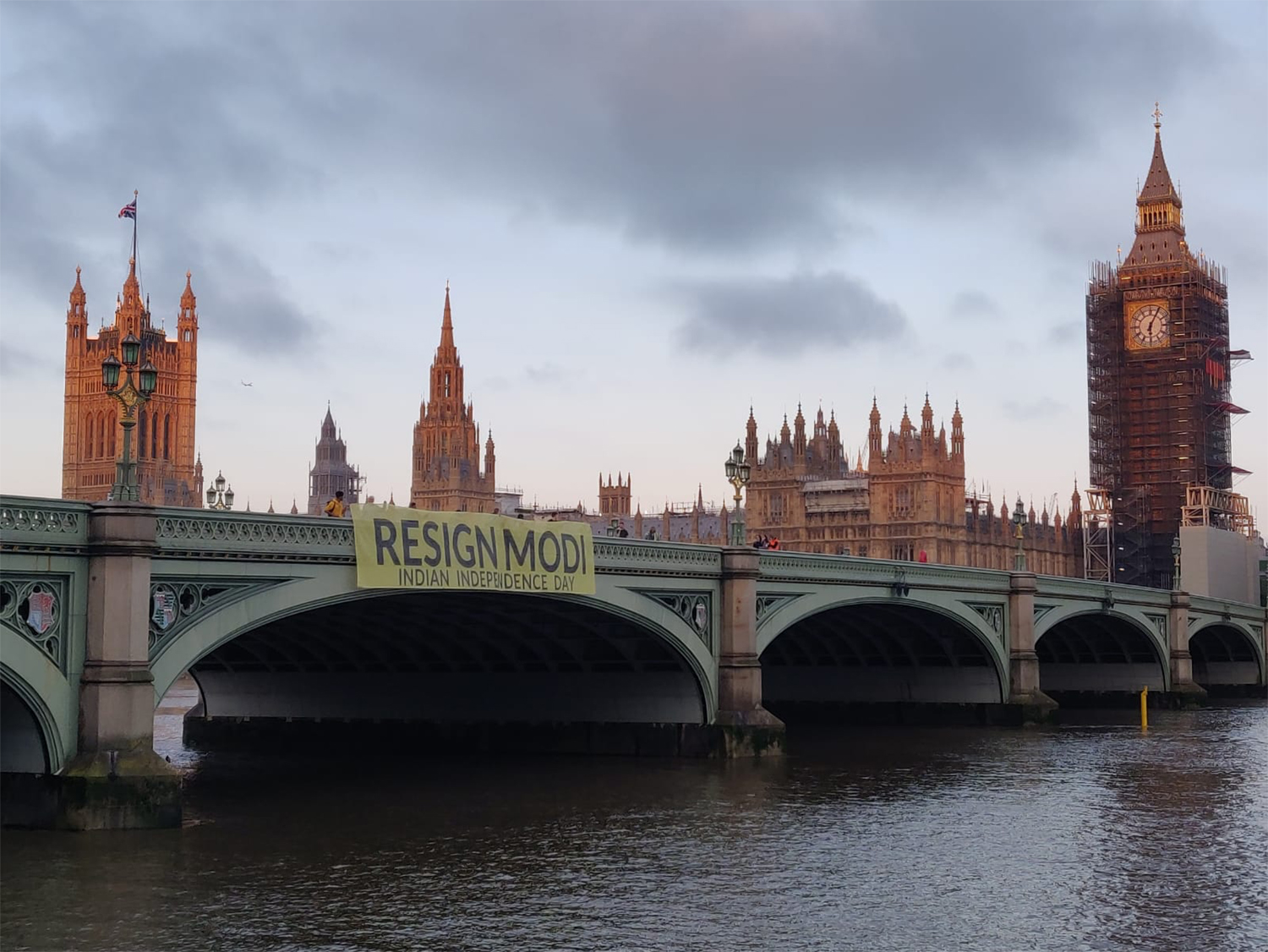 South Asia Solidarity Group, a UK based advocacy group, tweeted that the participants had held a candlelight vigil outside the Indian High Commission to remember all the victims of the Modi regime.

Photo of the banner, ‘resign Modi’, became a hit on social media, as many critics of Modi expressed similar sentiments.

The group has listed 10 reasons for their demand, in a press release, including concerns about ‘religious genocide’ and ‘settler colonialism’ in Kashmir.

“Calls for the genocide of Muslims are being made openly at rallies in the national capital and elsewhere in the country by people who belong to Hindu supremacist terror groups,” reads the press statement from the group.

“Mob lynching, pogroms and police attacks on Muslim neighbourhoods are now common occurrences. This normalization, together with the fact that Modi has never apologized for the Gujarat massacres of 2002, which happened under his watch as Chief Minister, suggests that India is being prepared by Modi for another large-scale genocidal attack on Muslims. It must never be allowed to happen again.”

Rapes and murders of Dalit women and girls, The corporate takeover of agriculture, Incarceration of dissenters and human rights defenders, Settler colonialism in Kashmir, Modi’s Nuremberg Laws, Modi’s environmental crimes, Violation of the democratic electoral process, Criminal mismanagement of the Covid-19 pandemic — are the other reasons listed for Modi to resign.

The group also distanced themselves from the RSS affiliated groups and politicians and declared they don’t represent all of the Indian diasporas. “The right-wing UK government ministers Priti Patel, Rishi Sunak and Alok Sharma are all acolytes of Modi, and the HSS (the international wing of the openly fascist RSS, of which Modi is a lifelong member) and other Hindu-supremacist organisations are actively spreading hate in the UK”. KMS—20K