August 5, 2021 IIOJK in focus Comments Off on NC’s members of Indian Parliamentarians protest in Delhi 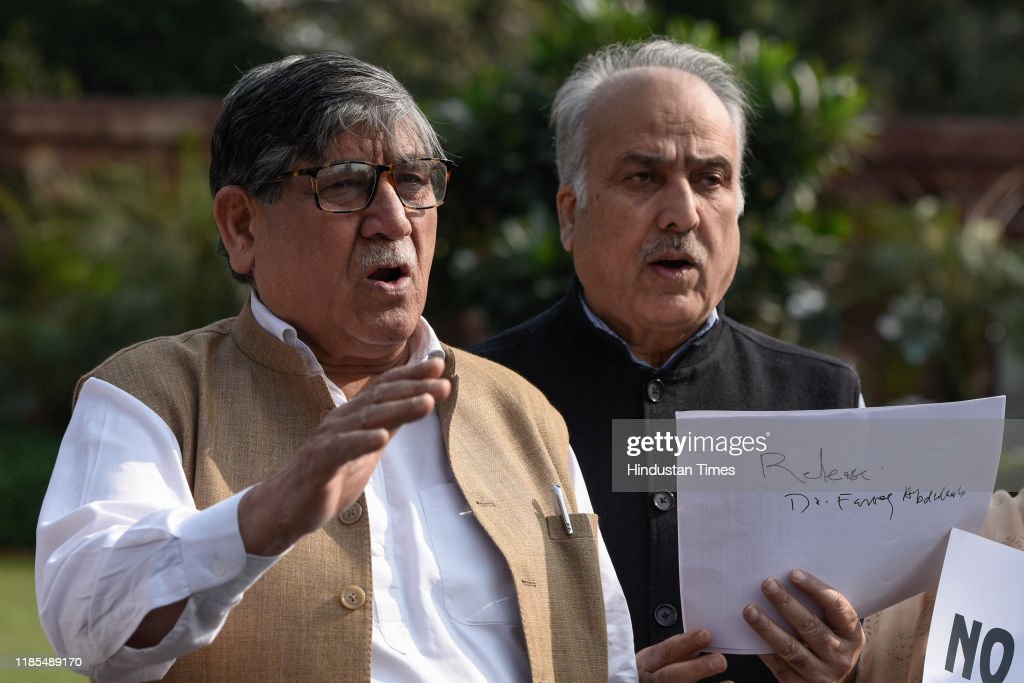 New Delhi, August 05 (KMS): Members of Indian Parliament from National Conference Jammu and Kashmir in Indian illegally occupied Jammu and Kashmir, Hasnain Masoodi and Mohammad Akbar Lone, today, held a protest in the Parliament House in New Delhi and demanded the restoration of Article 370 and Article 35 A.

In the pictures posted on the party’s official handle, both the MPs are seen standing in front of Gandhi’s statue inside the Parliament holding the placards which read “Revoke 5th August 2019 Unconstitutional Decisions” and “Restore Special status of Jammu & Kashmir.”

It was on 5 August in 2019 that New Delhi revoked the special status of IOJK and divided it into two union territories – Jammu and Kashmir and Ladakh. Today marked the second anniversary of the abrogation.

Last year also, the members of Parliament of NC and Peoples Democratic Party (PDP) had protested and demanded the restoration of Article 370 and Article 35A.