The youth were arrested by Indian police during house raids in different areas of the district. 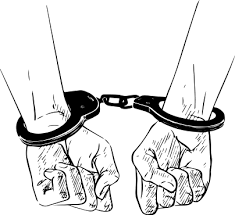