Less than 24 hours after the consortium of media organisations which are part of the Pegasus Project reported the presence of French President Emmanuel Macron’s personal telephone number in the leaked database of numbers believed to be potential targets for surveillance, France has ordered an investigation into the matter.

Quoting remarks made by Prime Minister Jean Castex to the French TV channel, TF1, Reuters reported on Wednesday that Macron has called for a series of investigations to be carried out into the Pegasus spyware case.

On Tuesday evening, shortly after the story broke, Macron’s office said, “If the facts are true, they are clearly very serious. All light will be shed on these media revelations… Some French victims have already announced they would file complaints, and legal investigations will therefore be launched”.

The Élysée was referring to a criminal complaint filed by Edwy Plenel, founding editor of the website Mediapart, whose number figured in the leaked database. Both he and Macron appear to have been ‘selected’ as a person of interest by a Moroccan client of the NSO Group.

The database of leaked numbers was accessed by French media nonprofit Forbidden Stories and shared with 17 media organisations around the world, including Le Monde, The Wire, Haaretz, Washington Post and the Guardian.

The numbers are believed to be a master-list of persons identified by clients of the Israeli surveillance technology vendor NSO Group, though the company insists the data has nothing to do with it or its signature Pegasus spyware, and does not represent a list of actual or even potential hacking targets.

However, as many as 37 phones drawn from the list, when subjected to forensic investigation, have shown definite signs of an attempted or actual Pegasus attack. Ten of these phones are Indian, including that of Mamata Banerjee’s political adviser, Prashant Kishor, defence journalist Sushant Singh and two founding editors of The Wire.

The Wire has been publishing details of the verified Indian numbers on the list, including 40 journalists, more than a dozen political figures and associated individuals, over 40 activists, as well as scientists, etc.

Unlike the swift probe ordered in France, the reaction of the Modi government has been to deny the possibility of any involvement of the Indian authorities in any surveillance on the individuals named.

Union home minister Amit Shah has accused “disruptors and obstructors” of trying to “derail India’s development trajectory through their conspiracies”. BJP ministers at the national level and the chief ministers of BJP-ruled states have also been pressed into action to condemn the Pegasus Project, insisting there is “no proof” and questioning the credibility of the news organisations involved in the investigation.

On Tuesday, the Assam chief minister called for Amnesty International – whose technical lab conducted forensic tests on phones suspected of a Pegasus infection – to be banned for “defaming India”.

In Israel, on the other hand, home to NSO Group, the government has established a senior inter-ministerial team to look into the allegations that Pegasus has been abused on a global scale to target journalists, opposition leaders and human rights defenders, Reuters reported on Wednesday. — Courtesy The Wire

Feature: ‘Killing me every day’: A woman with ‘unaccountable’ pellets in her body 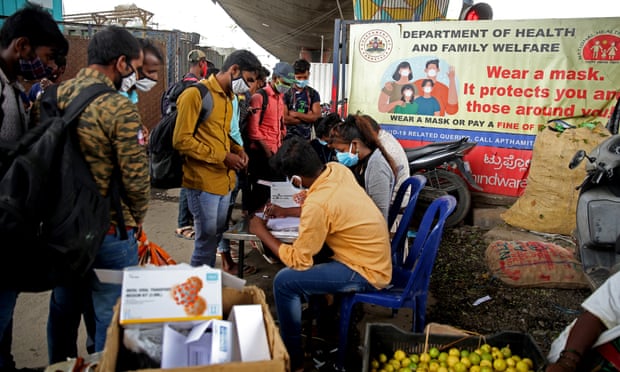 US to raise HR issues with India