India has snatched every right including religious freedom of Kashmiri Muslims

July 20, 2021 Reports Comments Off on India has snatched every right including religious freedom of Kashmiri Muslims 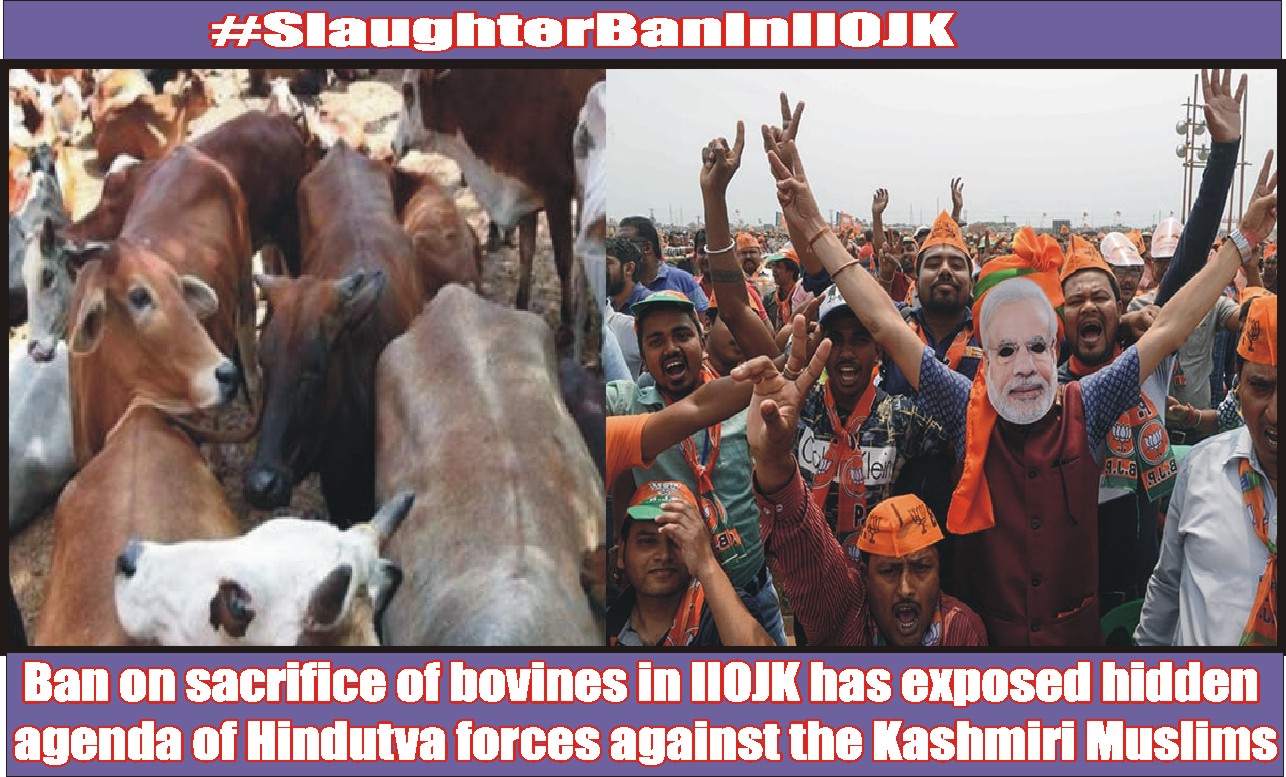 A report released by Kashmir Media Service, today, maintained that Narendra Modi-led fascist Indian government after usurping all basic human rights of the people of the territory is not even allowing the Kashmiri Muslims to perform their religious obligations like sacrifice of bovines under the garb of Prevention of Cruelty to Animals Act.

The report said the Kashmiris strongly resented the Indian authorities’ order of banning the sacrifice of bovine animals on Eid-ul-Azha in IIOJK. The All Parties Hurriyat Conference in a statement in Srinagar said the move exposed the hidden agenda of extremist Hindu organizations like Rashtriya Swayamsevak Sangh and Shiv Sena to thrust Hindu fascism on the Muslim majority Kashmir which shall be resisted at all costs. The Muttahida Majlis-e-Ulema Jammu and Kashmir, headed by incarcerated Mirwaiz Umar Farooq, in a statement in Srinagar asked the authorities to desist from issuing such arbitrary orders that are unacceptable to the Muslims of the territory as they directly infringe upon their religious freedom and their personal law, causing great anguish among them. The Grand Mufti of IIOJK, Mufti Nasir-ul-Islam, termed the ban on the sacrificing of the bovine on the auspicious occasion of Eid-ul-Azha as direct interference in the religious matters of the Muslims of the occupied territory.

The report pointed out that Modi is shaping India’s policy according to Hindutva dictates and the ban on sacrifice of bovines in IIOJK has exposed hidden agenda of Hindutva forces against the Kashmiri Muslims. It added that the world must come forward to save Kashmiri Muslims from Hindu fascism.