UP police official sits on top of woman and beats her

July 18, 2021 India Comments Off on UP police official sits on top of woman and beats her 76 Views

Kanpur, July 18 (KMS): An Uttar Pradesh police official overpowered a woman, pulled her to the ground and hit her as he sat on top of her in Kanpur Dehat district.

Photographs of the cop sitting on top of the woman and hitting her, have gone viral on the social media. The incident reportedly took place on Saturday.

The Kanpur Dehat Police said that the police team was attacked by the women of the family of Shivam Yadav, who according to the police, had threatened a candidate in the panchayat elections.

Sub-inspector Mahendra Patel had an altercation with the woman in Durgadaspur village. Kanpur Dehat superintendent of police (SP) Keshav Chaudhary said the videos show that Patel, who is the in-charge of the Bhognipur police post, fell on the woman but according to the family, the police officer acted in an unruly manner because they refused to obey the ‘demands’ made by Patel.

“He slapped and then dragged me down to the ground. He then sat on top of me and started hitting me badly. The villagers intervened and rescued me,” the victim woman Aarti told media.

She also said that Patel demanded money to release Yadav and the family’s refusal enraged him. 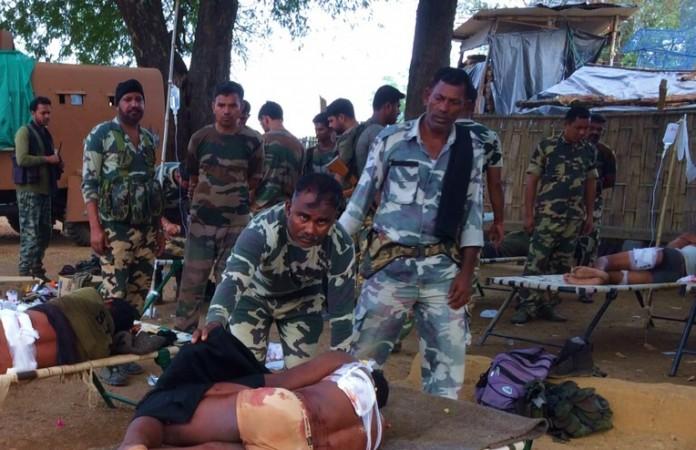