New Delhi, July 15 (KMS): India’s Covid vaccination rollout has continued to falter due to supply shortages and vaccine hesitancy, casting doubt on the government’s pledge to vaccinate the entire population by December.

A number of states, including the capital, Delhi, said they had run out of vaccine stocks this week while others including Odisha, Madhya Pradesh and Maharashtra said vaccine supplies were running critically low in many areas, particularly for those aged between 18 and 45.

Manish Sisodia, the deputy chief minister of Delhi, tweeted that “vaccines have run out in Delhi again. The central government gives vaccines for a day or two, then we have to keep the vaccine centres closed for several days.”

The central government has disputed the claims of shortages and said all states were informed weeks in advance how many vaccines would be sent to them each month.

Vaccinating India, the second most populous country in the world with more than 1.3 billion citizens, is a gargantuan task. However, nationwide figures show that the country is nowhere near hitting the daily target needed to have the whole adult population vaccinated by the end of 2021, as was promised in May by a government minister, Prakash Javadekar.

Only 5% of the population is fully vaccinated, while about 20% have had one dose.

More than 8 million people need to be vaccinated each day to hit the target of 2.16bn doses administered by December, but on Sunday the turnout fell to 1.3 million, the lowest in months, and the daily average so far for July has been about 4 million.

Fears of a third Covid wave hitting India in the next few months have added an urgency to the vaccination programme. While cases remain extremely low in the capital Delhi, one of the worst hit areas in the devastating second wave, there are still officially about 1,000 Covid deaths per day in India, with the real figure likely to be far higher. The central government has said it is monitoring an alarming rise in cases in states in the north-east and in Kerala in the south.

The Indian Medical Association (IMA) warned on Monday that “the third wave is inevitable and imminent” and urged the government to limit tourist travel and religious activities and pilgrimages, which have picked up again in recent weeks.

“It is painful to note that in this crucial time, when everyone needs to work for the mitigation of the third wave, in many parts of the country, both governments and the public are complacent and engaged in mass gatherings without following Covid protocols,” said the IMA in a statement.

Vaccine hesitancy has also been hindering the vaccine rollout, particularly in rural areas. In the impoverished state of Bihar, where vaccine hesitancy is rife owing to misinformation campaigns on social media and WhatsApp and fears vaccines will cause infertility or death, there have been reports of attacks on mobile vaccination centers. Local authorities have been offering villagers home appliances such as fridges and fans and even gold coins as incentives to boost the vaccination turnout.

Yet hesitancy is also present among the educated elite, including doctors, some of whom are concerned in particular by the domestically produced vaccine Covaxin, which still does not have World Health Organization approval. Courtesy The Guardian 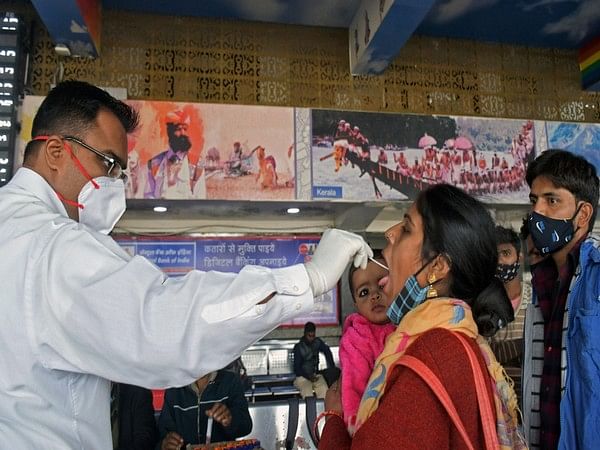