APHC thanks IIOJK people for observing shutdown on Burhan’s anniversary

July 8, 2021 Voices from IIOJK Comments Off on APHC thanks IIOJK people for observing shutdown on Burhan’s anniversary 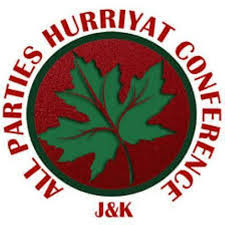 Srinagar, July 08 (KMS): In Indian illegally occupied Jammu and Kashmir, the All Parties Hurriyat Conference (APHC) has thanked the freedom-loving people for observing complete shutdown on the 5th martyrdom anniversary of popular youth leader, Burhan Wani and his associates, today.

The APHC spokesman in a statement issued in Srinagar also paid rich tributes to the symbol of Kashmir resistance movement, Burhan Wani, and all other martyrs of freedom movement who laid down their precious lives for the sacred cause of freedom from Indian subjugation. He praised the valour and enthusiasm of the people displayed on the observance of the Resistance Day and said that despite the huge deployment of Indian forces to pressurize the business community, transporters and employees to continue their daily activities, the freedom-loving people belonging to all walks of life ignored the pressure tactics and made the shutdown call a grand success.

The spokesman added that despite the blockades put on all roads leading to Tral, the native town of Burhan Wani, many people succeeded in reaching his grave and offered Fateha there. He condemned the arbitrary arrests of hundreds of pro-freedom leaders, activists and youth, including Hurriyat leader, Mushtaqul Islam, in a vain attempt to foil the shutdown and the observance of the Resistance Day.

He reiterated the strong pledge and unwavering stance of the freedom-loving people of Kashmir to lead the ongoing resistance movement nourished with the warm blood of our lacs of martyrs. He added that the Indian fascist regime must read writing on the wall that the brave Kashmiris would never surrender before the Indian military power. He said, today on observance of the Resistance Day, the people of Kashmir, especially the youth, refresh their commitment to take the freedom movement to its logical conclusion which is the best way to pay homage and reverence to the martyrs.

The spokesman paid gratitude to the people of Azad Jammu and Kashmir, Pakistan and Kashmiri Diaspora for organising seminars, prayer meetings and public rallies to commemorate the martyrdom anniversary of Burhan Wani and his associates and all the martyrs of Kashmir freedom moment.

The spokesman, in continuation of observing the Martyrs Week, reiterated the appealed to the IIOJK people to observe complete shutdown on 13th July and to march towards Naqshband Sahib, Srinagar, to pay rich tributes to the martyrs of 13th July 1931.

The spokesman hoped that the people of AJK, Pakistan and abroad would organize, seminars and public rallies on 13th July to commemorate the precocious sacrifices rendered by martyrs to break the shackles of subjugation.

The spokesman also paid rich tributes to the youth martyred during in cordon and search operations by Indian troops in Handwara, Rajouri, Pulwama and Kulgam.

He urged the United Nations Human Rights Council and other international human rights organizations to take cognizance of the gross human rights violations perpetrated by Indian forces in IIOJK. He appealed to the UN Secretary General to impress upon India to stop genocide and custodial killings in IIOJK and settle the Kashmir dispute in accordance with the UN Security council resolutions.