Azamgarh, July 06, (KMS): Opposition parties in Uttar Pradesh have accused the police of vandalising the house of a Dalit pradhan in Azamgarh district and damaging his property. Police, however, say they are false allegations being levelled against them by the Dalit pradhan’s family and his associates in a bid to avoid arrest in an assault case on two police constables earlier in the day.

Bahujan Samaj Party chief Mayawati said on Tuesday that it was “absolutely shameful” that instead of providing justice to the “victim” Dalits, the police resorted to atrocities and caused them financial loss. She demanded that the Uttar Pradesh government take strict action against the culprits and compensate the victims.

The BSP also deputed a senior leader to meet the family in Azamgarh.

Congress general secretary Priyanka Gandhi Vadra, while accusing the police of brutality, said it reflected an “anti-Dalit mentality”. She also demanded action against the guilty.

The pradhan Munna Paswan’s family alleged that a posse of police personnel arrived in the village and vandalised their house and destroyed their belongings on the night of June 29. Since then, Dalit women in the village have been on a dharna seeking justice. The family also alleged that police misbehaved with the women.
“There should be a CBI inquiry,” said Sunita, a relative of the pradhan who was a witness to the incident. “The truth will be known then,” she told The Hindu.

SP Azamgarh Sudhir Kumar Singh said Paswan and his associates thrashed a local man, Littan Vishwas, at Palia Bazaar on June 29 evening after he objected to them eve teasing women and filming a video. They punched, kicked and beat him with sticks, following which he fainted, said police. 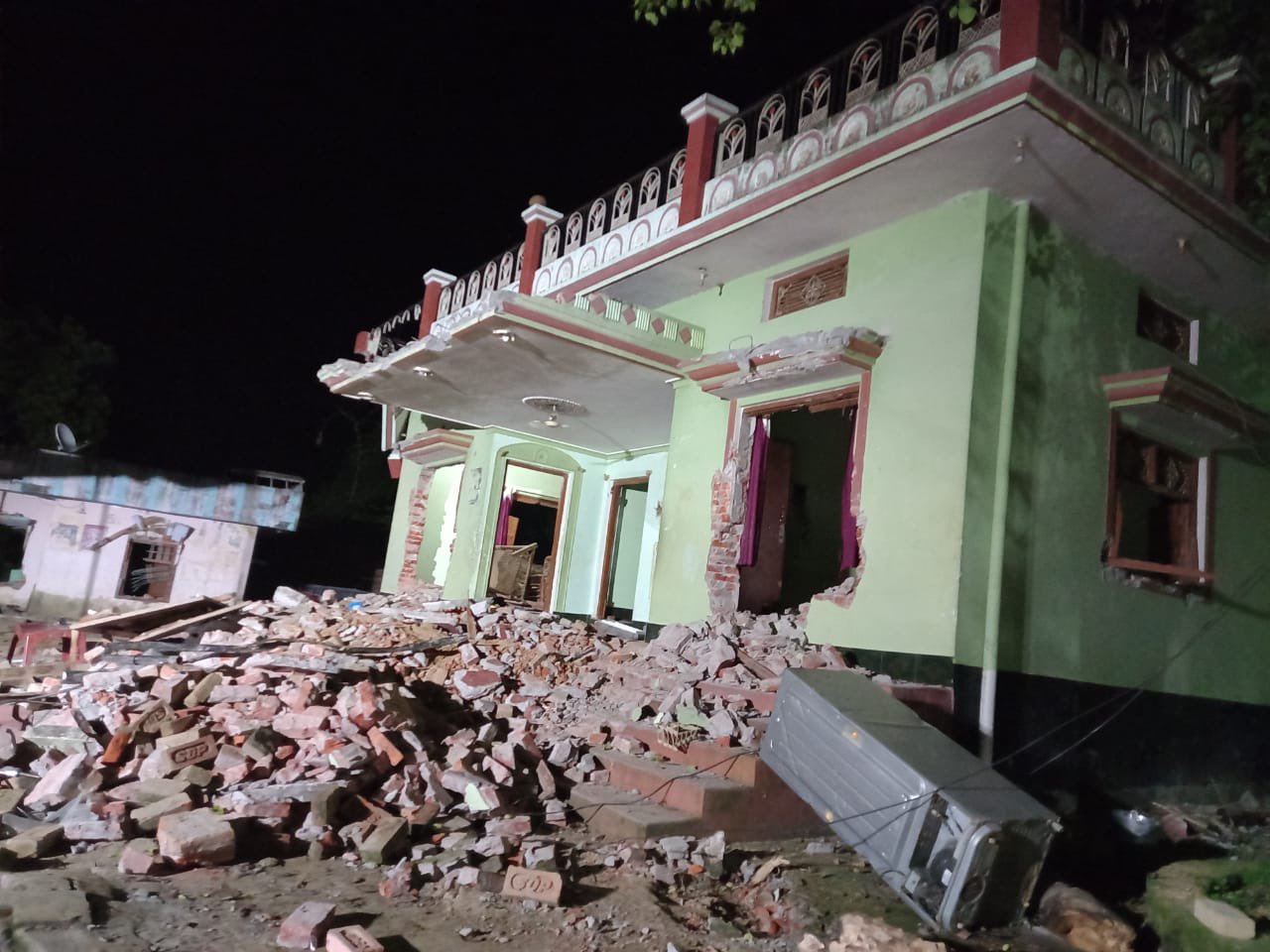 A case was registered against Paswan and 11 others at Raunapar police station. Mr. Singh said when two head constables reached the spot, they were thrashed by pradhan and his associates and their uniform was torn.

One constable Vivek Tripathi suffered a head injury and had to undergo an operation, said the officer.

An FIR was registered against unknown persons for vandalising the house, said the police.