A detailed survey about Indian allegations against Pakistan

July 3, 2021 IIOJK in focus Comments Off on A detailed survey about Indian allegations against Pakistan 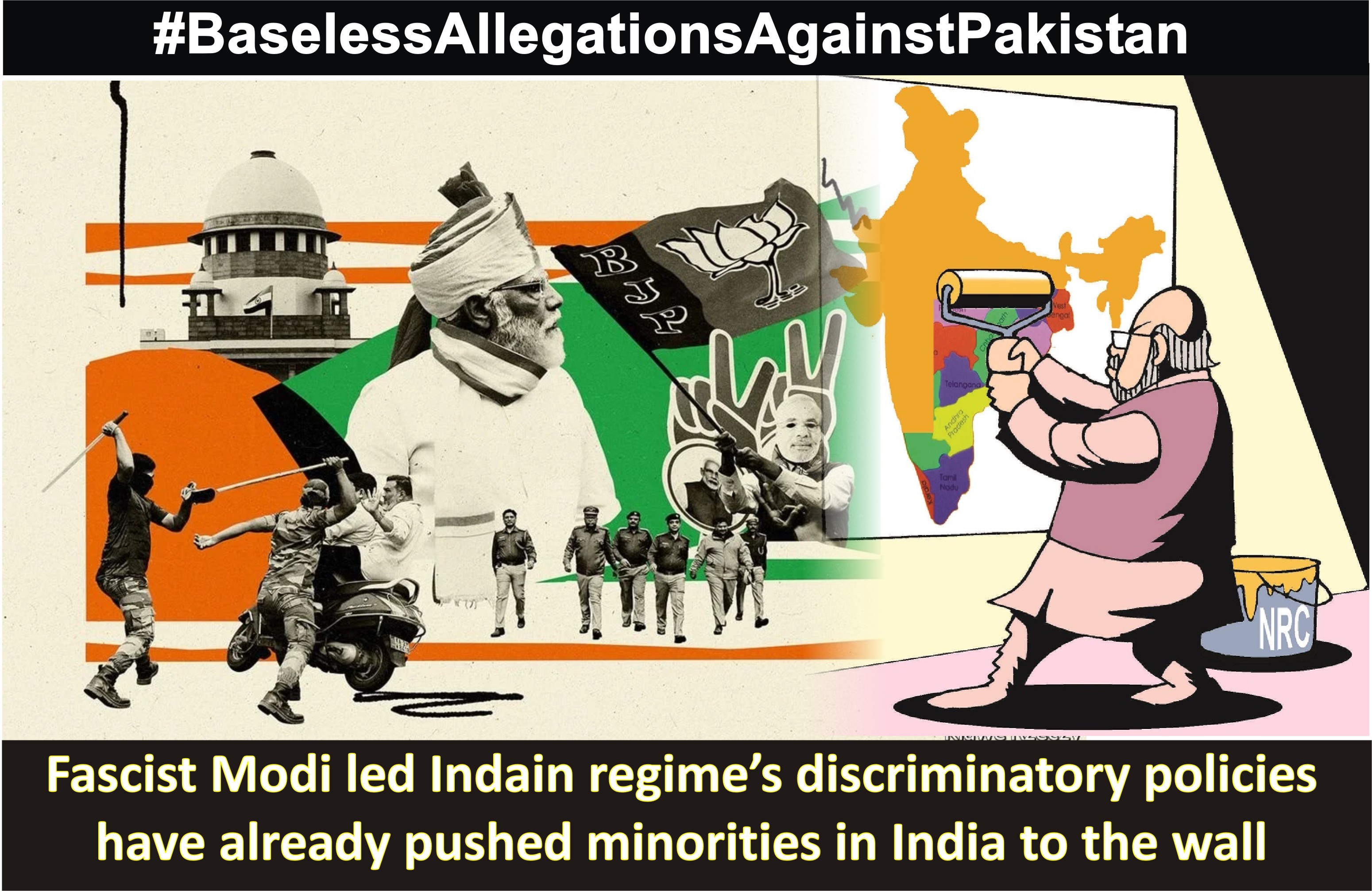 Srinagar, July 03 (KMS): In Indian illegally occupied Jammu and Kashmir, political experts and analysts have said that India’s allegations that drone attacks at Jammu Air Force Station were carried out by the organizations based in Pakistan are baseless and only aimed at defaming Pakistan.

The political experts and analysts in their interviews in Srinagar said none of the outfits India is blaming for the drone attack has claimed responsibility for the same. They said the outfits India is holding responsible for carrying out the attack have no capability and expertise to use drones. The RSS-backed Indian government is maligning Lashkar-e-Toiba and Jaish-e-Mohammad by falsely dragging them into Jammu Airbase drone attack, they said.

The political experts and analysts pointed out that most of the tweets regarding Jammu IAF Base attack have been posted by RAW sponsored individuals. “The pictures of drone released by India allegedly used in Jammu Air Force Station attack are fake. If the attack had been carried out by anti-India forces, they would have targeted the hangar rather than a roof of a building,” they said.

The political experts and analysts maintained that India is creating a smokescreen to hide the internal dimension of Jammu drone attack by falsely blaming Pakistan. They said the reality is that Modi is leveling allegations against Pakistan to hide its failures at the domestic and global fronts.

“Modi led Indian government is making Pakistan a scapegoat to divert attention from India’s internal problems. Modi is creating a threat perception by using the bogey of alleged drone attacks to increase India’s defence budget. He is trying to distract attention by using alleged drone attack after Pakistan found concrete evidence of India’s involvement in Lahore blast,” they said.

The political experts and analysts observed that Modi sees defeat of his plans in the ongoing political process in IIOJK and raising hue and cry about alleged drone attack is meant to derail the process.

They said India is trying to build pressure on Pakistan by blaming it for drone strike after world recognized Islamabad’s peace overtures with Delhi. India is aiming at a cross-LoC misadventure by claiming that Pakistan is behind Jammu drone strike, they cautioned.