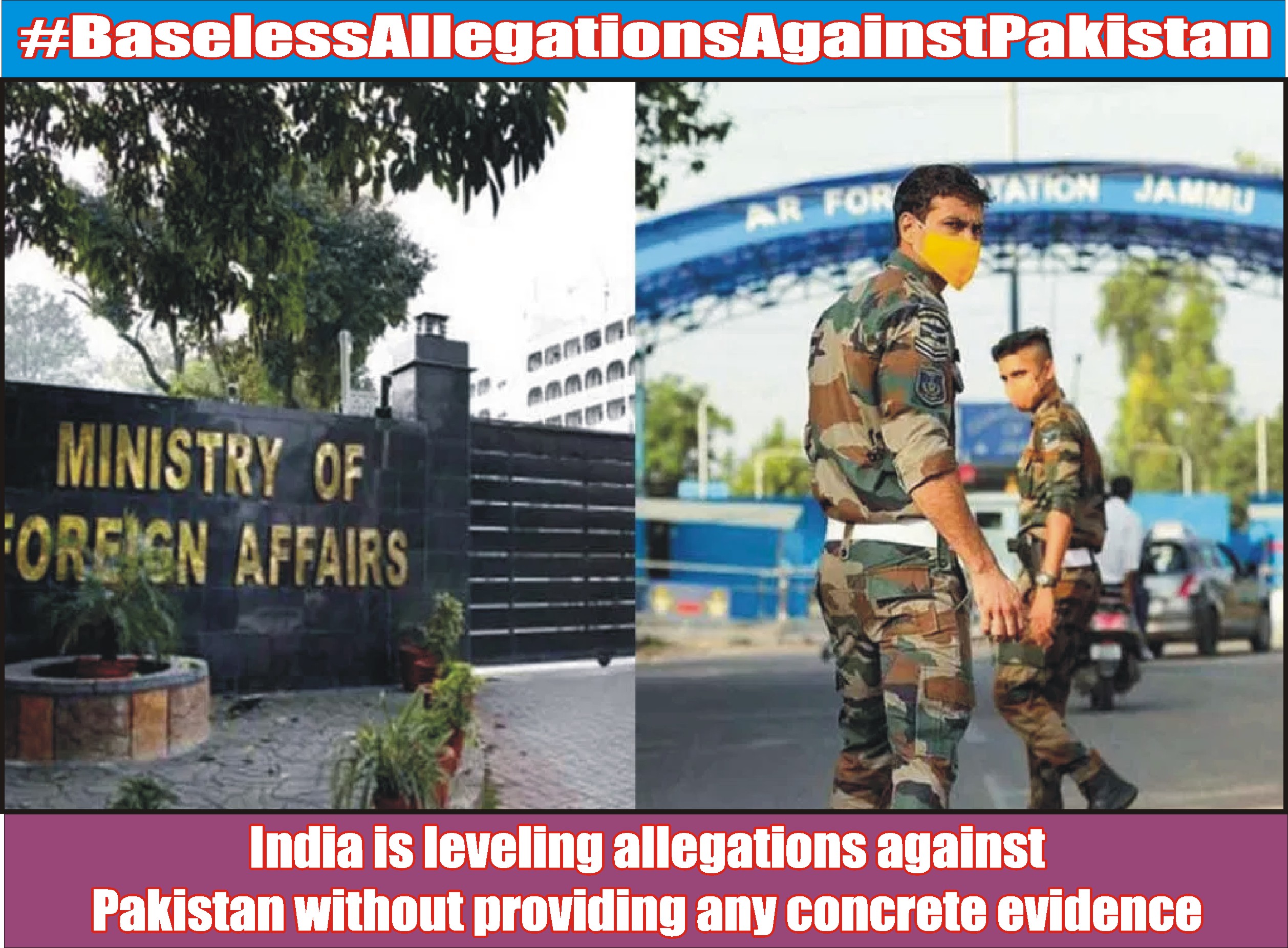 Islamabad, July 02 (KMS): India is falsely implicating Pakistan in Jammu Air Force Base drone attack and is leveling allegations against it without providing any concrete evidence.

The report said, the Jammu Air Force drone attack has all the signs of false flag operation by India and has raised serious questions about Indian claims of high-security IAF base in Jammu. How can a drone penetrate into IAF base when India has high-tech Israeli surveillance system with its air force? it questioned.

The report said, Indian agencies are playing an audio tape wherein some men claiming to be associated with a militant organization are uttering some vague words. Using this blurry chat, Indian media is claiming that Pakistan is behind Jammu Air Force station attack. However, on the face of it, the audio tape is fake.

The report said, Pakistan has termed Indian Minister G Kishan Reddy’s statement regarding an alleged drone attack in IIOJK as irresponsible and misleading, adding that India has a habit of unleashing unsubstantiated propaganda against Pakistan and the Kashmir movement. It said, India is a known state-sponsor of terrorism, promoter of anti-Pakistan propaganda and its global propaganda campaign against Pakistan has already been exposed by EU DisinfoLab. “Ongoing anti-Pakistan smear campaign is meant to influence FATF to blacklist Pakistan, adding India is always playing the victim card and blaming Pakistan for its domestic failures,” it said.

The report said, there is every likelihood that Jammu Air Force Base attack is the handiwork of insiders as frustrated Modi-led Indian government can go to any extent to ward off the internal and external pressures. Fascist Modi led Indian regime’s discriminatory policies have already pushed minorities in India to the wall, it added.

Previous APHC-AJK holds demo in Islamabad against killing spree in IIOJK
Next India’s NIA raids 9 locations in Punjab, up against Khalistani members