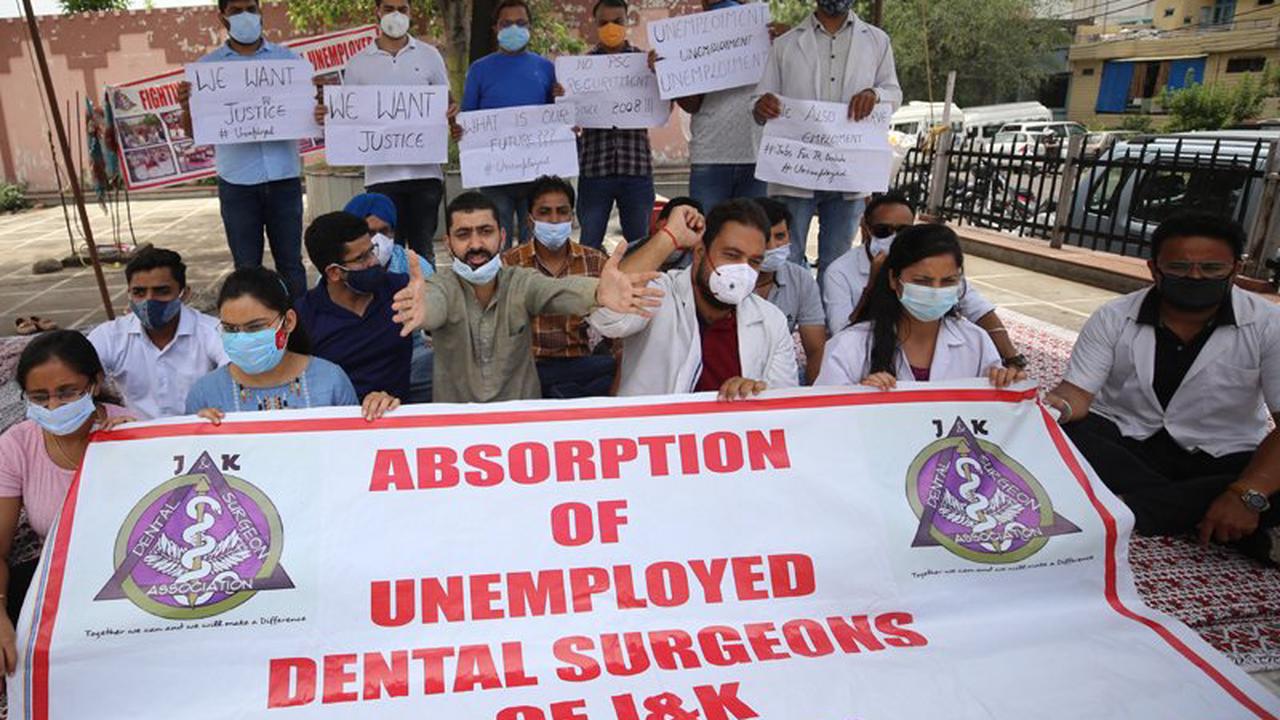 Jammu, June 27 (KMS): In Indian illegally occupied Jammu and Kashmir, the unemployed dental Surgeons Association held a strong protest in Ambphalla in Jammu on 6th day of their agitation in favour of their demands.

With banners and placards in their hands the protestors shouted slogans in support of their demands, saying that hundreds of unemployed dental surgeons are hankering for jobs since 2008 with Government totally sleeping over the issue.

The protestors said, with the callousness of the authorities their future has become totally uncertain and they have been a burden on their old age parents. The authorities should frame a concrete policy for absorbing them in the services. The protestors said, when hundreds of posts are vacant in the hospitals of J&K why the government is not absorbing the unemployed dental surgeons against them.

The Association President, Dr Rahul said that in 2014 they also protested for two months and all parties had assured that they will force the Government to frame a policy for their recruitment but all in vain. He said a file was made later for the recruitment of dental surgeons through Jammu and Kashmir Public Service Commission (JKPSC) but it is being put from one table to another table in Health Services Department and Finance Department.

The protesting Dental surgeons demanded their immediate absorption in Government services through PSC, framing of a regular policy about their recruitment every year based on the number of seats at UG level in JKUT and creation of separate Directorate of Dentistry for smooth redressal of their demands and grievances.