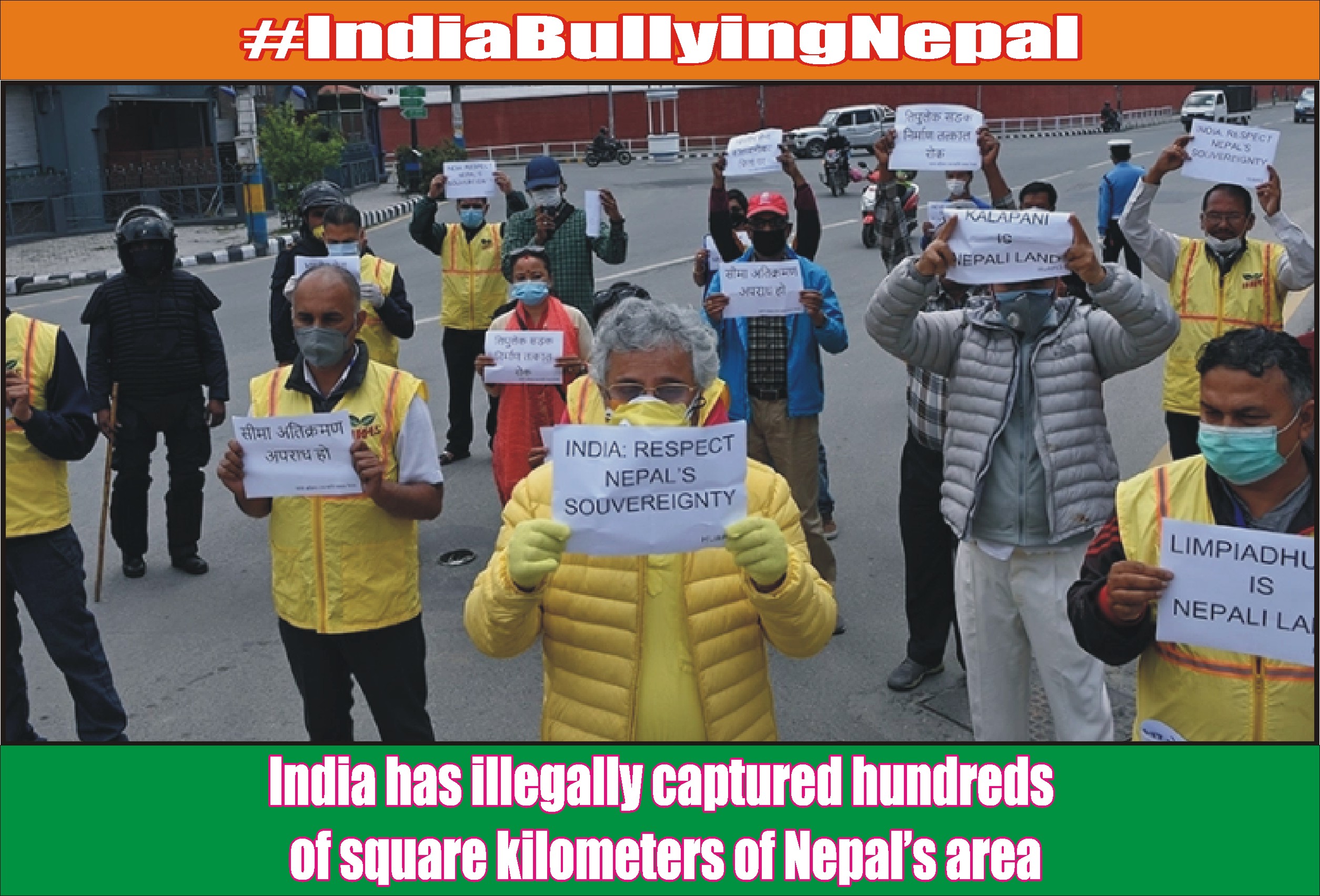 An analytical report released by Kashmir Media Service said, denial to smaller neighboring countries like Nepal any space reflects New Delhi’s colonial mindset. It wants to exploit the geographical location of the landlocked country to shape its foreign policy.

Nepal’s leaders have time and again said that India is poking its nose in Kathmandu’s internal matters. They say that it has illegally captured hundreds of square kilometers of Nepal’s area.

Nepal has recently introduced a new political map showing Kalapani, Lipulekh, and Limpiyadhura areas claimed by India as its territory.

India’s hegemonic mindset is evident from the fact that it is involved with several conflicts with its neighbours.

It is worth mentioning here that Nepal has also blamed India for its illegal claim over birth place of Ram and origination of yoga.

The report while saying that bullying neighbors and systematic marginalization of minorities are essential parts of the RSS-BJP ideology advised India to learn lessons from history and stop threatening its neighbours.