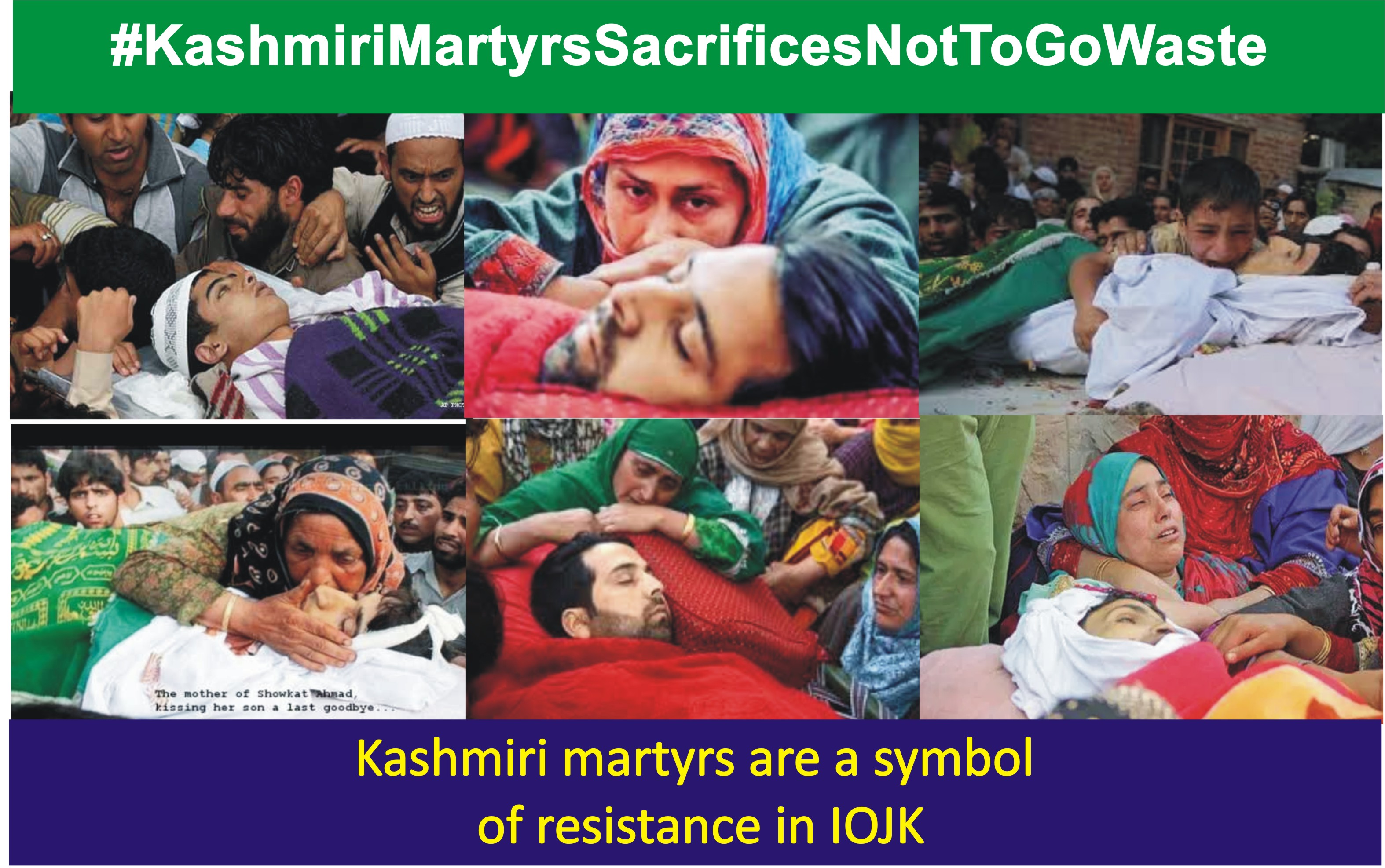 Srinagar, June 12 (KMS): In Indian illegally occupied Jammu and Kashmir, the worst Indian atrocities have failed to subdue the freedom sentiment of the Kashmiri people and they are determined to accomplish the mission of their martyrs at all costs.

A report released by Kashmir Media Service, today, said that India has used every brutal tactic during the last seventy three years in general and since 1989 in particular to intimidate the Kashmiri people into submission. It said Indian troops in their unabated acts of state terrorism have martyred over 95,790 innocent Kashmiris and subjected more than 8,000 to custodial disappearance since January 1989, when the Kashmiris intensified their freedom struggle. It added that the troops have destroyed 110,400 houses and molested around 11,250 women during the last 32 years.

The report pointed out that Chotta Bazaar-like massacres and cold-blooded murder of teenagers including Tufail Matoo are glaring examples of the worst Indian state terrorism in IIOJK. “Kashmiris will never forget sacrifices of Chotta Bazaar martyrs and those killed in 2010 mass uprising. Martyrs like Tufail Matoo are real assets of the Kashmiris’ freedom movement. The blood of Kashmiri martyrs will not go in vain,” it said.

The report maintained that the story of Kashmir’s freedom struggle is being written by martyrs’ blood. It said India can kill the Kashmiri youth but it can’t defeat them.

“The blood of martyrs is a guiding light for the Kashmiris who highly regard the sacrifices of their martyrs. There is no sacrifice bigger than sacrificing life for motherland. Kashmiri martyrs are a symbol of resistance in IIOJK,” it added.

The report further said after every martyrdom, Kashmiris’ resolve to attain freedom from Indian yoke gets stronger. It said, India can’t suppress the Kashmiris’ passion for freedom by resorting to wanton killings.

“Martyrs’ sacrifices have center-staged the Kashmir dispute at the global level. Kashmiris are determined to tread the martyrs’ path till freedom from Indian subjugation. The message of martyrs is loud and clear: Kashmiris will die but not surrender,” the report added.

Previous ‘HR abuses by Indian troops in IIOJK threat to regional peace’
Next India has no right to erode Kashmir’s legal position: APHC