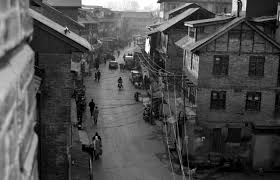 Senior APHC leader and the President of Anjuman Sharie Shian, Agha Syed Hassan Al-Moosvi Al-Safvi, in a statement in Srinagar, paying homage to the martyrs of Chota Bazaar, said that no power on earth can defeat the Kashmiris’ liberation movement. He urged the United Nations to take notice of Indian state terrorism in IIOJK and play role in granting the Kashmiris their birthright to self-determination.

Hurriyat leader, Engineer Hilal Ahmed War, in a statement in Srinagar, while saluting these martyrs, said the mission Kashmir of martyrs will continue till Kashmiris achieved their cherished goal of right to self-determination and the dream of martyrs will be fulfilled at all costs. He said, “The best way to pay tribute to these martyrs of Jammu and Kashmir is to safeguard the sacred movement and the mission of martyrs.”

The Chairman of Jammu and Kashmir Mass Movement, Molvi Bashir Ahmed, in his statement in Srinagar termed the carnage of Chota Bazaar a blot on the face of so-called largest democracy of the world. He said that the Chota Bazaar tragedy was an organized conspiracy, adding that such cheap tactics could not suppress the Kashmiris’ liberation movement. He maintained that the people of Kashmir would continue their struggle till it reached its logical conclusion.

APHC leader and the Chairperson of Muslim Khawateen Markaz, Yasmeen Raja, in a statement in Srinagar said that the Kashmiris were rendering their lives for securing freedom from Indian occupation. She deplored that Indian troops were carrying out the killing of innocent Kashmiris under a well thought out plan and subjecting them to the worst atrocities. She strongly condemned the continued illegal detention of Hurriyat leaders. She also expressed grave concern over the recent wave of arrests, raids on the homes of Hurriyat leaders and activists, harassment of their families.

The Chairman of Islami Tanzeem-e-Azadi, Abdul Samad Inqilabi, in a statement in Srinagar, paying tributes to the martyrs of Chota Bazaar, reiterated the Kashmiris’ commitment to continue their struggle till the achievement of the goal of freedom from Indian subjugation.

The General Secretary of Jammu and Kashmir Democratic Political Movement, Pir Hilal Ahmed, in a statement issued in Srinagar, paying tributes to the martyrs, said that the people of Kashmir had rendered unprecedented sacrifices for the Kashmir cause which would not be allowed go waste. He reiterated the Kashmiris’ pledge to take the liberation struggle to its logical conclusion at all costs.

Jammu and Kashmir Democratic Freedom Party spokesman in a statement expressed solidarity with the families of martyrs of Chotta Bazar. Paying homage to the martyrs, he said that the incident goes down in the history of Kashmir as one of the dreadful massacres that continues to haunt the victims’ families despite the passage of over 30 years. The spokesman, while reiterating his party demanded for an independent inquiry into the matter, said that such incidents would continue to recur unless culprits involved in the incidents were brought to book.

The spokesman, however, maintained that such vicious incidents of state terrorism would not deter resilient Kashmiris from carry forward the freedom struggle for which tens of thousands of Kashmiris have sacrifice their precious lives.

The spokesman of Tehreek-e-Wahdat-e-Islami in a statement said that the carnage of Chota Bazaar massacre was a black spot on the face of the so-called largest democracy of the world. He said that India used every kind of oppression to suppress the Kashmiris’ liberation movement but did not succeed in its sinister designs. He added that martyrs were valuable asset of the Kashmiris and they would accomplish the mission of these martyrs at all costs. The spokesman also paid tributes to teenage Tufail Matoo, a student of 12th class, was brutally killed by Indian troops in Srinagar on this day in 2010.

The spokesman of Jammu and Kashmir Freedom Front in a statement in Srinagar said that India witnessed a single Jalian Wala Bagh incident whereas the freedom movement of Kashmir carries in its lap scores of such incidents of bloodshed at the hands of Indian troops. He urged the UN to take immediate notice of the Indian state terrorism in IIOJK. He added that the people of Kashmir would never forget the sacrifices of their martyrs.