June 2, 2021 Voices from IIOJK Comments Off on Dialogue only way to resolve Kashmir dispute: JKPL

Party Secretary General Naseerul Islam in a statement issued in Srinagar said that talks among stakeholders can bring peace while the use of force is a meaningless exercise.

“We reiterate that engagement and dialogue, and not force, among stakeholders is the best and the most peaceful means of resolution of the Kashmir dispute.

Meanwhile, Naseerul Islam expressed concern over the threat to the health of Kashmiri political prisoners in jails amidst the COVID-19 pandemic

He called for the release of the political prisoners including Hurriyat leaders, youth and others, especially in view of the rapid spread of COVID in jails.

He appealed to the human rights organisations, civil society members and “all those people who have a heart to being focus upon the plight of these prisoners in jails and ensure their release. 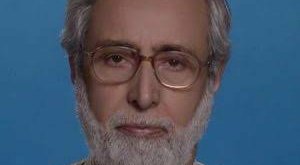