May 12, 2021 IIOJK in focus Comments Off on APHC reiterates Kashmir settlement under UN resolutions 51 Views 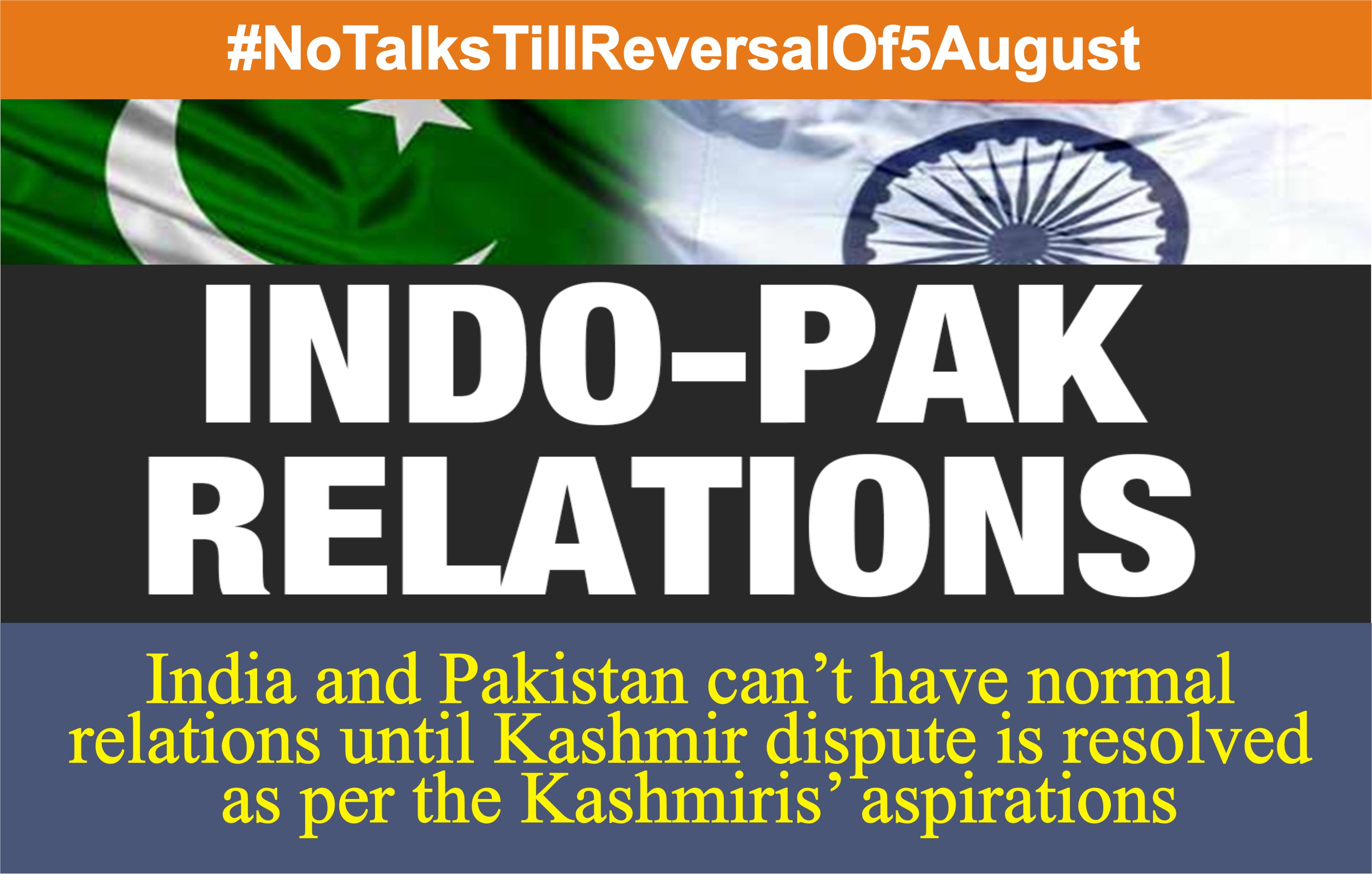 Srinagar, May 12 (KMS): In Indian illegally occupied Jammu and Kashmir, the All Parties Hurriyat Conference has reiterated that the Kashmir dispute must be resolved by implementing the relevant United Nations resolutions in accordance with the Kashmiris’ aspirations.

The APHC in a statement issued in Srinagar said that the measures taken by the Indian government on 5th August 2019 were against the international law and the UN Charter. The APHC appealed to the international community to impress upon India to revoke the steps of abrogation of Articles 370 and 35A of the Indian Constitution and immediately stop the process of demographic change in the occupied territory. The APHC expressed satisfaction over the statement of Pakistan Prime Minister, Imran Khan, that no talks with India will be held unless it reverses its 5th August actions.

The APHC Provincial President for Jammu, Mir Shahid Saleem, in a press release issued in Jammu urged the United Nations Secretary General and other human rights groups to take serious note of the Indian fascist behaviour, which has caused a grave threat to the life, property and honour of the subjugated people of Kashmir. He maintained that the Kashmiri people are engaged in a legitimate struggle to achieve their inalienable right to self-determination.

Meanwhile, the spokesman of Tehreek-e-Wahdat-e-Islami in a statement issued in Srinagar welcomed the remarks of Pakistan Prime Minister Imran Khan. He said Imran Khan has been effectively championing the Kashmir cause since assuming his office in 2018. The spokesman said Jammu and Kashmir is an internationally recognized dispute and India can’t change its status though unilateral actions. He added that the world must put pressure on India to rescind its 5th August 2019 moves and start a meaningful dialogue with Pakistan to resolve the Kashmir dispute.

Like Loading...
Previous Protest rally in Srinagar against killing of youth by troops
Next Gulzar condemns upsurge in killings in Kashmir and Palestine