Modi regime under fire for failing in coping with COVID situation

May 9, 2021 IIOJK in focus Comments Off on Modi regime under fire for failing in coping with COVID situation 49 Views 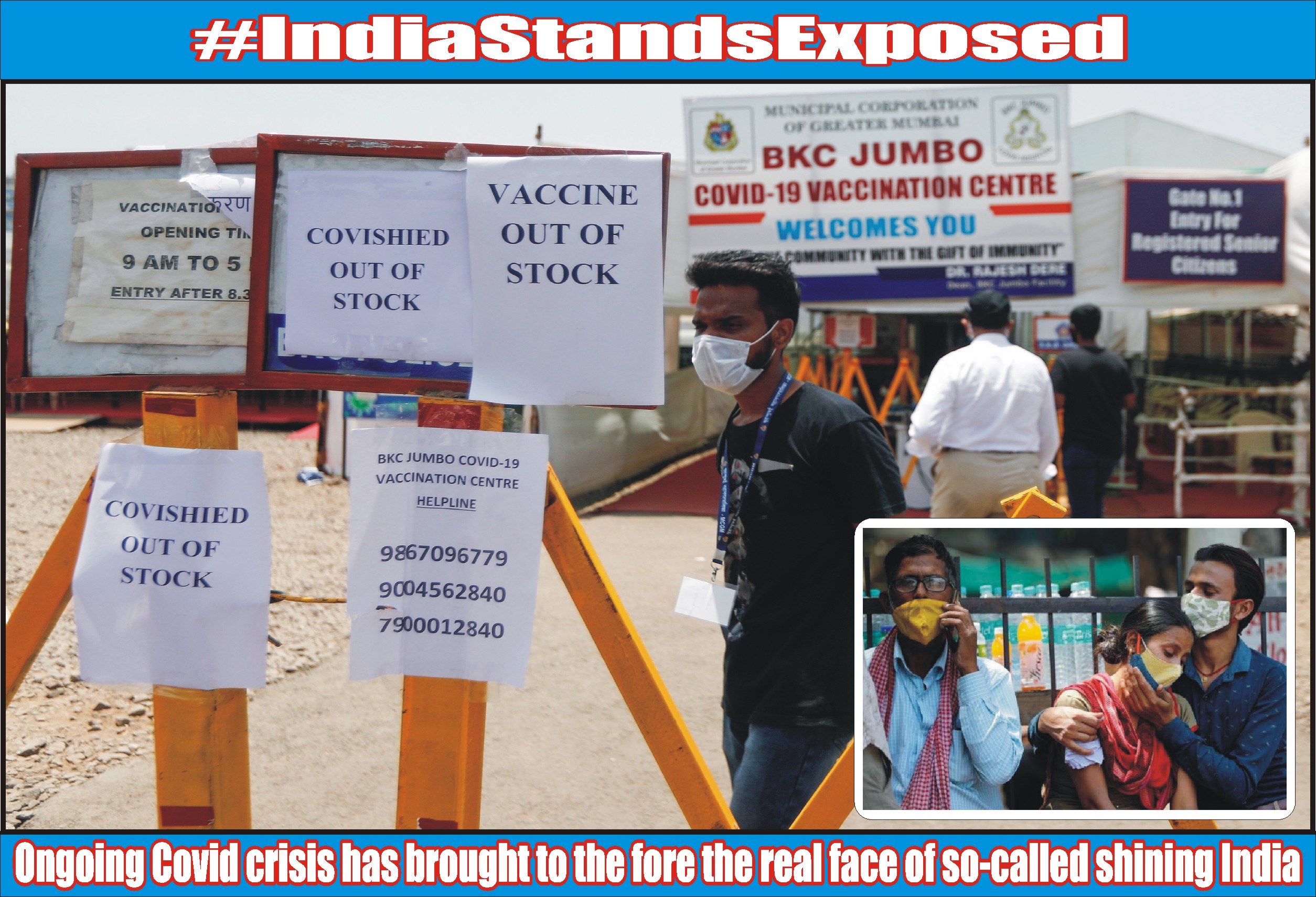 Islamabad, May 09 (KMS): Despite attempts by Narendra Modi regime to stifle criticism and open discussion over its failure in coping with the Covid crisis, it is still under fire for its slackness in handling the pandemic.

A report released by Kashmir Media Service, today, said that International medical journal The Lancet in its latest editorial wondered that amid Covid crisis, Modi govt seems more intent on removing criticism on Twitter than trying to control the pandemic. It termed these attempts as inexcusable. The journal called India’s vaccination policy botched and falling apart at the central level.

Earlier, eight international human rights bodies had called upon the EU leaders to raise the issue of fast deteriorating human rights situation in India, including the right to health. The rights bodies had asked the European leaders to press the Indian government to reverse its abusive and discriminatory policies and immediately release all human rights defenders and other critics, who have been jailed for peacefully exercising their rights to freedom of expression and peaceful assembly.

Experts believe that the holding of the EU-India summit that discussed India’s failure in managing Covid crisis might be the result of the pressure by these rights bodies.

Like Loading...
Previous Posters appear, pamphlets ask for raising voice for identity
Next Incident of uranium theft in India no less than bombshell for world

Pakistan is benefactor and only hope of oppressed Kashmiris: GA Gulzar