May 8, 2021 Articles Comments Off on India’s nuclear explosive material vulnerable- A chronology 68 Views 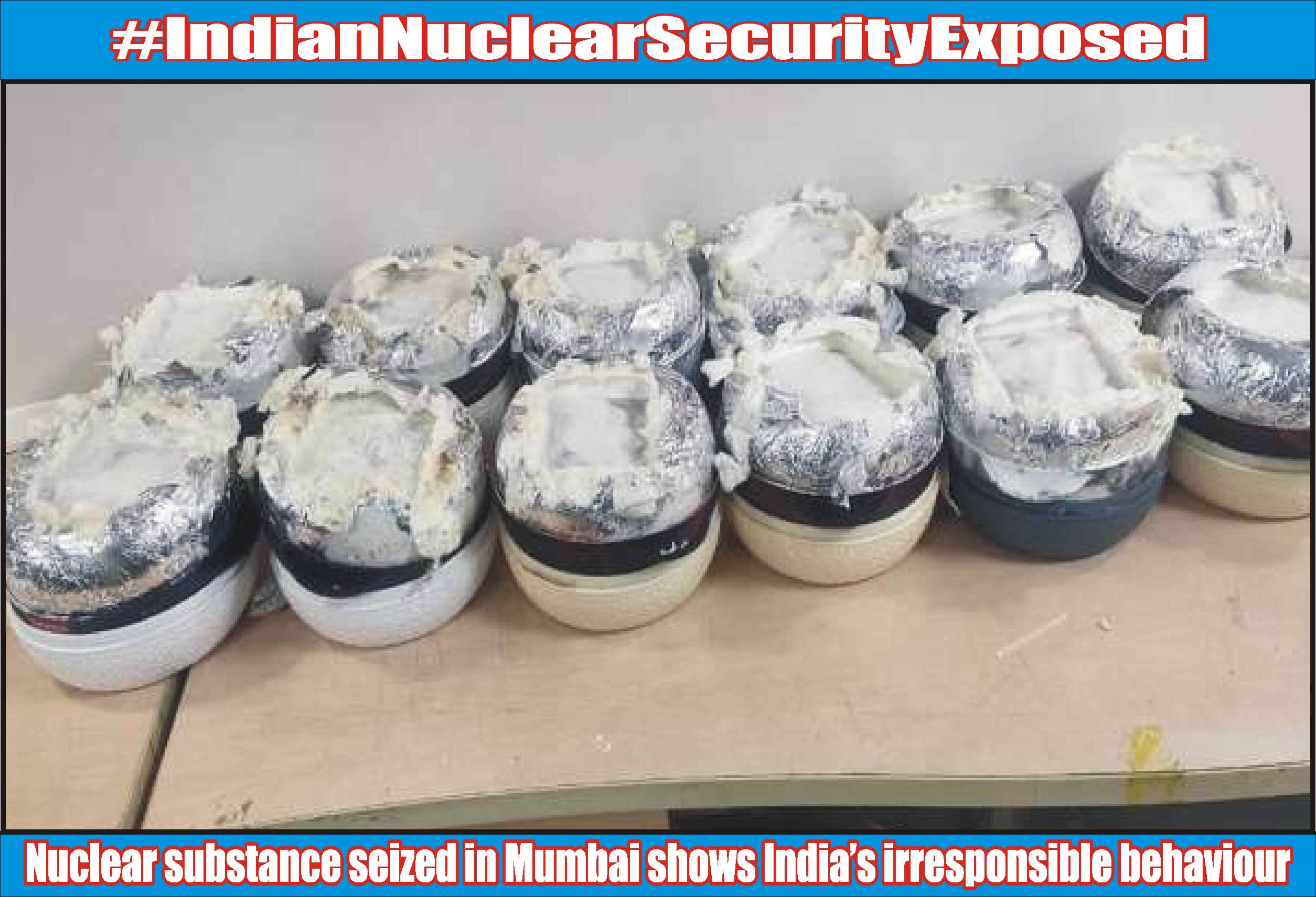 On 6th May The Maharashtra Anti-Terrorism Squad (ATS) arrested two men with 7-kg of natural Uranium worth $2.9 million in Mumbai. It shows how big is the black market of highly explosive substances. It also raises a great concern regarding the security and carelessness by India.

India has a long history of such incidents:

November 1994: Meghalaya Police seized 2.5 kg of uranium from a gang of four smugglers in the Domiasiat region.

June 1998: A federal politician was arrested near the West Bengal border with 100 kilograms of uranium.

July 1998: CBI unearthed a major racket in theft of uranium in Tamil Nadu, with seizure of over 8 kg of the nuclear material. May 2000: Mumbai Police seized 8.3 kg of uranium.

2003: A gang was caught in a village on the Bangladesh border with 225 grams of milled uranium.

December 2006: A container packed with radioactive material was stolen from a fortified research facility in eastern India.

February 2008: The police seized 4 kg of uranium in Supaul district along the Indo-Nepal border.

Article: In a young Muslim man’s courage, a lesson for us all

Feature: Kashmir’s ban on repair of houseboats is leaving owners without a livelihood