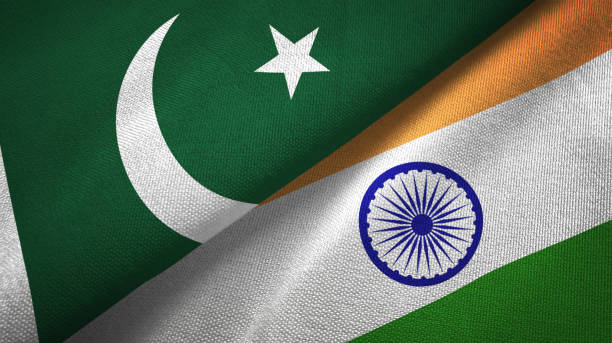 News reports about backdoor contacts between Pakistan and India have recently emerged and the flexibility in statements by the government officials of the two states also suggest the same.

According to media, United Arab Emirates (UAE) is playing a leading role to bring the two nuclear-armed states- India and Pakistan to the negotiation table. The news was also confirmed by Foreign Minister Shah Mahmood Qureshi.

However, the main power behind the curtain is believed to be the United States of America.

Prime Minister Imran Khan, at a recent rally in Kashmir said that “for the sake of peace in South Asia, we should build-up cordial relations and India should make a possible move by retracting her actions leading up to the revocation of Article 370/35A.”

Similarly, during the Islamabad Security Dialogue, Army Chief General Bajwa called for better Pakistan-India relations and said that both countries should “bury the past and move forward”.

Reciprocally, Indian Prime Minister Narendra Modi sent warm wishes to PM Imran Khan for his recovery from COVID-19. With this positivity in the air, hopes for better peace in the region have increased.

Kashmir is the most important issue between the two states but apart from that, there are multiple bilateral issues including Siachen, Indian violations of the Indus Waters Treaty, Sir Creek etc.

However, India has always in the past tried to steer the negotiations away from these core issues and rather focus on people-to-people contact, resumption of Afghan transit trade, bilateral trade or have made negotiations conditional to Pakistan’s compliance to Indian demands of addressing terrorism.

One of the possible reasons behind the current flexibility of the Modi-led BJP government in terms of negotiations is to regain the soft image of India that has been jeopardized by its regional aggressive policies, particularly towards Pakistan and the people of Kashmir.

The abrogation of Article 370 and the Citizenship (Amendment) Act, 2019have unveiled the true face of Indian leadership.

Furthermore, Prime Minister Imran Khan’s efforts to highlight Indian atrocities in Kashmir and for the right of self-determination of the people of IIOJ&K at the regional and global level have further struck a blow to the soft image of India and shown its cruel ugly face to the world community.

The second possible reason can be attributed to the change in United States’ administration. The new Biden administration does not want any kind of Pakistan-India hostility.

This is because US considers India as a key player in its “Indo-Pacific” strategy that focuses on the containment of China and reducing its influence in the region.

Moreover, the US believes that the two-front confrontation strategy of India would be badly damaging for the country or can even lead to its dismemberment as it does not possess the power and capability to conduct a two-front war.

Considering these ground realities, the United States is also pressurising India to reduce tension with Pakistan and focus on China.

For the above stated reasons, India is under pressure both domestically and internationally to revisit her approach towards Pakistan and to halt human rights violations in Jammu and Kashmir.

Indians would use these negotiations as a card to derail the negotiation process by taking up issues of least importance, diverting attention from the key ones and convincing the international community that they were committed to the process.

Therefore, Pakistan at this stage should take the lead by raising core issues on the negotiation table and remaining firm on them. Furthermore, the prime focus should remain on Kashmir.

If this does not happen, then it will alienate the Kashmiri people by making them think that Kashmir is of secondary importance for Pakistan.

Besides, other important issues like water, Siachen, and Sir Creek should be resolved and issues like Afghan transit trade, bilateral trade, and people-to-people can be discussed as additional points.

In order to achieve peace in South Asia, it is important that there is peace between these two countries.

Pakistan-India relations are complex and there are long-standing issues between the two that need to be resolved in order to normalise ties.

However, Pakistan should be cautious this time as the results of all past engagements suggest that India has always tried to hijack the negotiations and blamed Pakistan for their failure on one pretext or another.

Pakistan needs to play the cards right and must not let this chapter turn into another diplomatic stunt by India for regional and international marketing. — Courtesy Pakistan Observer

Article: Kashmir is bleeding. So is its economy

Why Solidarity with Kashmiris!