May 4, 2021 IIOJK in focus Comments Off on Modi’s incompetency leads to massive Covid deaths in India 48 Views 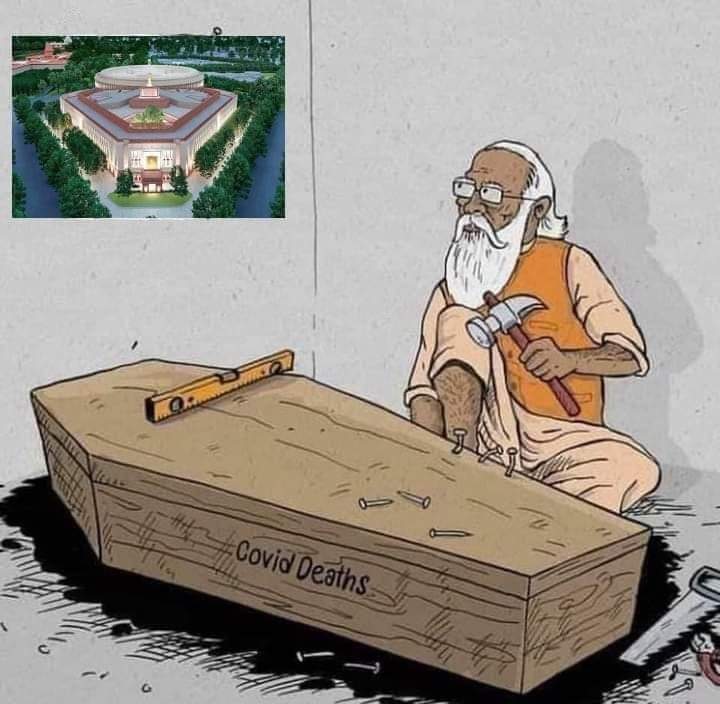 Islamabad, May 04 (KMS): Ferocious Covid wave has sparked health crisis and human tragedy in India because of Prime Minister Narendra Modi’s incompetency to deal with the unprecedented surge in cases.

According to a report compiled by Kashmir Media Service, mismanagement of Modi has led patients to die massively while their families search in vain for hospital beds and oxygen across the country.

Surprisingly, many countries sent oxygen to India despite the fact that their own people are dying of corona related complications, but the question is where did this oxygen go as 24 patients died in a hospital in India’s Karnataka state due to oxygen shortage just until recently. Situation in other states is not different.

Vinod, a resident of Kasrai village in Buxar, Bihar, said he brought his father to the centre for hospitalisation after his oxygen level dropped to 51. However, he was turned away as it had no oxygen supply. “Doctors are saying no oxygen bed is available, take him somewhere else,” Vinod said.

At another Covid-19 care centre, which is 20 km from Buxar town in Dumra area, a Covid-19 patient’s husband said no oxygen was available. “My wife’s oxygen level has dropped and she cannot breathe. These people are saying there is no oxygen available. The manager says go to doctor and the doctor asks us to go to manager,” said Rekha Sharma’s husband.

As deaths are soaring crematoriums and burial grounds cannot cope with the sheer number of corpses. Images of hospitals overflowing with the sick and dying are flooding social media amid devastating Covid wave in India.

Kashmiris are also facing shortage of vaccines as Modi has stopped the supply.